by Mitch Feierstein about 4 years 2 days ago 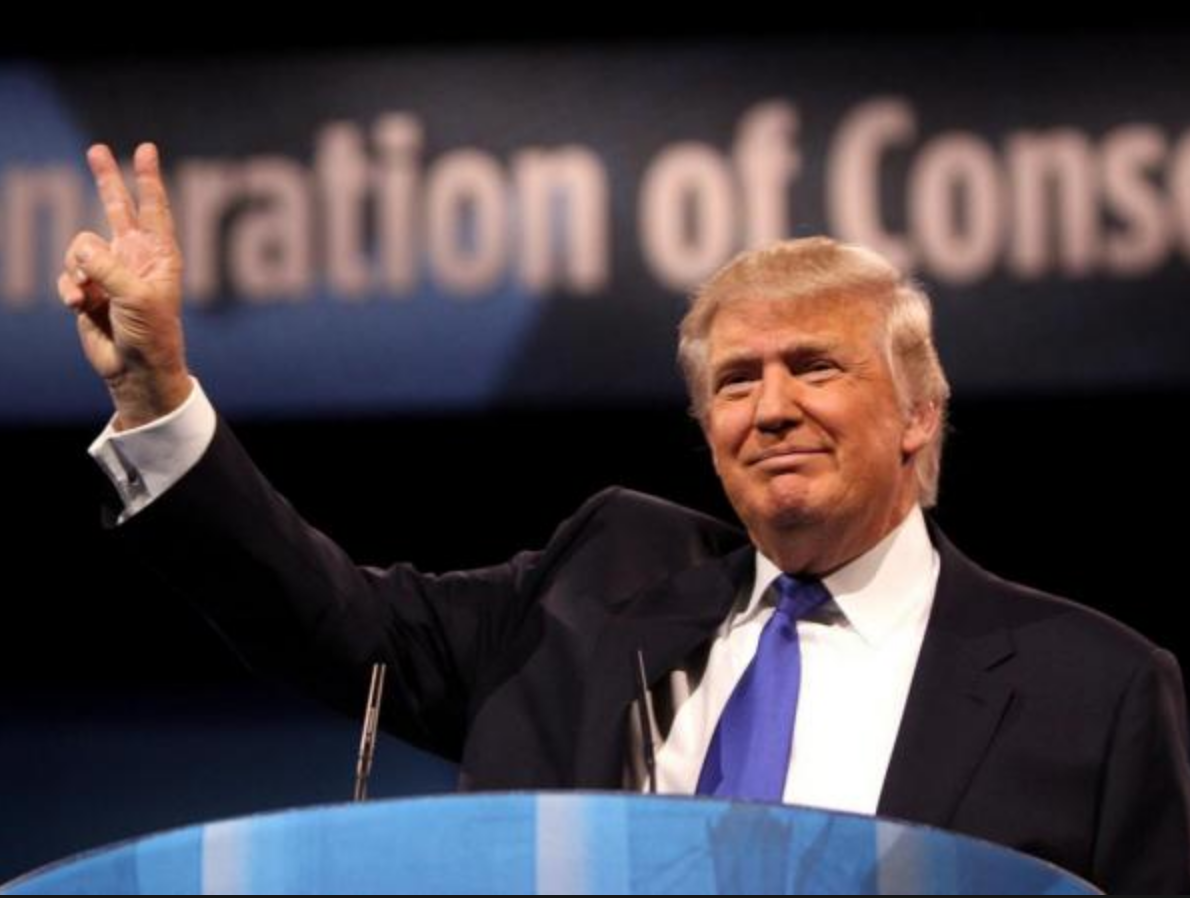 Never in the history of the US republic has there been such a well-funded, well-organised campaign to undermine the office of the President of the United States.

The traditional media in the United States are aggregators of the agenda-driven propaganda narrative propagated by the “deep state” and the “shadow government”.

How did this happen? Easy, six mega-corporates own the US media.

Get the picture? It’s simple. Too much media power is concentrated in the hands of far too few.

MILLENNIALS ARE BEING PLAYED

The US’ millennial social justice warriors are too young to remember Bill and Hillary Clinton’s shady dealings, which began 25 years ago when they first “occupied” the White House. For example, during his first year as US President, on 19 July 1993, Bill Clinton fired FBI director William Sessions. Clinton was the first President to sack an official from the post of FBI director. Of course, today’s traditional “fake news” media never reports this fact. Today’s media narrative around Trump’s firing of FBI director James Comey revolves around Watergate and comparing Trump to Richard Nixon. There is no mention of Bill Clinton firing FBI director William Sessions.

In a previous article, I detailed a fraction of the crimes against democracy committed by Clinton Inc. over the past decade. The Clinton Foundation, Bill Clinton, Hillary Clinton and Chelsea Clinton were all neatly forgiven, despite mountains of evidence, by Comey. Comey also issued immunity deals to five of Hillary Clinton’s closest aides, who obstructed justice, destroyed evidence, and directed the “scrubbing” of Hillary’s illegal server containing classified and top secret documents. In addition to granting these immunity deals, Comey allowed the Hillary “fab five” to destroy whatever evidence may have remained.

What is the legal basis for the FBI to pre-empt the Department of Justice and make the prosecutorial decisions outlined above? None. Did Obama’s DOJ boss, Loretta Lynch, make a deal with Bill Clinton in the confines of a private jet on the Arizona tarmac? We will never know the truth. Clearly, Clinton Inc. is “too connected to prosecute”. Does it stink? You bet!

Last week, Hillary Clinton launched Onward Together, which she describes as “the resistance”. It’s an effort to codify methods enabling Clinton operatives ensconced within the deep state’s shadow government to discredit, usurp, and ultimately topple our democratically elected President and his administration. This is a preemptive strike on Trump to ensure that the numerous criminal investigations into the Clinton Foundation as well as into Bill, Hillary and Chelsea Clinton, which Comey illegally dismissed on 5 July 2016, are never reopened. If they are reopened, Clinton can and will claim these are political reprisals for forming the “resistance” to bring down Trump.

Is the Clinton Foundation a global slush fund, which collected billions of dollars from despots and dictators in exchange for political favours? Was that covered up as well?

On 29 June 2010, three weeks after the Russian State Atomic Energy Corporation announced its intention to purchase 51.4% stake in Uranium One, Renaissance Capital, an allegedly Kremlin-controlled investment bank, flew Bill Clinton to Russia in a private jet and paid him $500,000 to give a one-hour speech. US media was silent.

The Clinton Foundation also received generous “donations” amounting to around one hundred and fifty million dollars from Frank Giustra, the owner of Uranium One and a long-time Clinton associate. Uranium One was sold to the Russian government in late 2010, giving Russia control of 20% of the uranium deposits in the United States. However, the sale required approval from Hillary Clinton’s State Department, which, of course, it received. What’s more, at least some of these donations weren’t disclosed. The New York Times reported “Ian Telfer, the head of the Russian government’s uranium company, Uranium One, also made four foreign donations totaling $2.35 million to the Clinton Foundation. Those contributions were not publicly disclosed by the Clintons, despite an agreement Mrs. Clinton had struck with the Obama White House to publicly identify all such donors.”

Shame on you, James Comey, and shame on the traditional corporate-owned media.

On 3 January 2017, US Senate minority leader Chuck Schumer, a New York Democrat and member of Clinton’s “resistance movement” told MSNBC’s Rachel Maddow: “Let me tell you, you take on the intelligence community (FBI, CIA, NSA et al), they have six ways from Sunday at getting back at you.”

It is likely, US intelligence agencies and or law enforcement are responsible for the dissemination of classified information, propaganda, leaks, and “fake news” to the media with the intention to harm and or take down Trump and his administration.

Never in the history of the US republic has there been such a well-funded, well-organised campaign to undermine the office of the President of the United States. US oligarchs, the national left-wing media and millionaire partisan Democratic politicians as well as academics are all attacking President Trump, without any evidence or facts. Their narrative is simple: Trump is a perfect fall guy for everything from Obamacare failures to when, not if, all the asset bubbles explode. It’s a brilliant master plan.

The focus is now on how the Russians influenced the outcome of the 2016 presidential election. There is no evidence for any of these claims and the fake outrage is simply designed to distract the public. The biased media’s talking heads use risibly flimsy assertions that are always attributed to anonymous sources and presented without facts or evidence.

The focus is now on how the Russians influenced the outcome of the 2016 presidential election. There is no evidence for any of these claims and the fake outrage is simply designed to distract the public. The biased media’s talking heads use risibly flimsy assertions that are always attributed to anonymous sources and presented without facts, evidence, or proof to support the wild postulates.

In recent news, the acting FBI director Andrew McCabe dispelled NY Senator Schumer’s “fake news” narrative, which had been published in the New York Times and the Washington Post, as well as aired by CNN, CBS, NBC, and MSNBC. Schumer suggested that Trump’s firing of Comey was an intentional obstruction of an ongoing FBI investigation and the direct result of Comey’s request to Trump for a “significant increase” in funding for his Russia probe. McCabe responded to these claims by stating, “There has been no effort to impede our investigation to date. The FBI doesn’t even make funding requests for individual investigations but that the Russia investigation was nevertheless adequately resourced.” Recently, the New York Times wrongly reported that Attorney General Rod Rosenstein “threatened to resign after the narrative emerging from the White House on Tuesday evening cast him as a prime mover of the decision to fire Comey and that the president acted only on his recommendation.” This was proven another inaccurate “fake news” headline.

Any standards of ethical journalism, principles, and ethics have disappeared. Objective, independent analysis and goals are non-existent unless they are agenda driven in a “Washington quid pro quo” pay-to-play kind of way.

The media’s use of quotes from an unnamed person “close to the White House, who spoke on the condition of anonymity because of the sensitivity of the matter” is indicative of an ongoing problem revealing how these partisan “fake news” attacks have been designed to “do whatever it takes” to discredit and undermine the legitimacy of President Trump and his administration. Is Trump living up to his promises to drain Washington’s swamp? That remains to be seen. Washington’s pay-to-play corruption is obvious now to even casual observers and outsiders. The most shocking part is that the tentacles of this vampire squid are entwined not only around Goldman Sachs but also around most politicians and the lapdog media who serve their oligarch masters controlling the Washington D.C. “swamp”.