In recent months, a French court has been trying the former President of France, Monsieur Chirac, for corruption. Chirac stood accused of breach of trust and misuse of public funds. Among other things, it was alleged that he created 28 phantom jobs for the benefit of friends and political allies.

This is Monsieur Chirac

I don’t know what those jobs paid, but I’m guessing he didn’t have his buddies cleaning corridors, so let’s say that each job cost the state the equivalent of at least €35,000. Twenty-eight such jobs would therefore have cost the state €1,000,000, near as dammit. That cost, imposed on French taxpayers, would have lasted for each year that the system was in place.

Chirac has just been found guilty. His crimes bore a maximum prison sentence of 10 years and a fine of €150,000.

Now I’d suggest to you that if you stole a million euros a year from the French state, you would probably get to discover whether the Maison d’arrêt de la Santé, Paris’ best-known high-security prison, served a nice glass of burgundy with dinner. (I’m guessing not.) You would probably expect to enjoy La Santé’s hospitality for a fair few years, and quite right too.

But Chirac isn’t like that. He’s an ex-President, which means he gets his own special treatment. Treatment, which gives him a slap on the wrist, nothing more. A suspended sentence, no fine, not a moment spent behind bars. He didn’t even bother to come to his own trial or hear his own verdict.

But you don’t have to be old to escape justice. You just have to be well-connected. Alain Juppe, at one time Chirac’s prime minister, was convicted in 2004 by the same investigation. He too escaped jail. 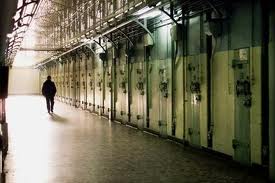 This is not where Monsieur Chirac is spending Christmas

Christine Lagarde is under investigation for a controversial payout, equivalent to over $500 million, to a political ally of her then boss, Nicolas Sarkozy. I’m willing to bet a good bottle or claret against a single collapsing euro that this investigation will simply disappear.

And, may I suggest, this is wrong. It’s wrong, because it shows voters how utterly their political masters regard themselves as above the law, as above the concerns of ordinary people.

I’ve picked on France, because the issues of political corruption are rampant there. But the issues are broad and universal. Not just confined to France, not just confined to politics. One of the most important news stories in recent weeks has been the news that American courts are now refusing to sanction the behind-the-doors settlements agreed by the SEC (America’s main securities regulator) and various banks accused of wrongdoing. About time too!

Let these cases be tried loudly in open court. And let the court impose the sanctions appropriate to the crime. And let me remind you of the Feierstein sentencing guidelines. For every million dollars in assets stolen or securities mis-sold, there needs to be a fine of $1,000,000 and one person needs to do one year of prison time. This rule could start with Monsieur Chirac.