Currency Wars Have Begun: Central Banks in Denial or Worse

Here’s a piece of recent news that you almost certainly missed: A large consumer products company, Johnson & Johnson, announced a one-off loss owing to a 32 percent currency devaluation in Venezuela. The reason I expect you missed that less-than-seismic piece of news is that, unless you happen to be particularly fascinated in Johnson & Johnson, or utterly enthralled by the development of currency policy in Venezuela, you probably didn’t care.

But here’s the thing. Do you care to guess how much J&J lost thanks to that currency movement? Answer: a cool hundred million dollars. Johnson is a pretty large company, but even so. To lose a hundred million bucks? In Venezuela? That sounds a little disturbing, no? A bit like the start of one of those killer-virus horror flick, where the pretty teenager who comes down with a benign little illness ends up dying horribly as some unknown disease takes hold. 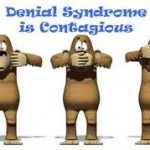 Well, that is now the reality of the world economy. The loose money policies at the world’s leading central banks are beginning to broadcast that virus right across the globe. The vector of transmission isn’t just low interest rates. It’s money printing too. It’s the purchase of government bonds so that the long end of the yield curve is as manipulated as the low end.

Indeed, you simply can’t set a bound on how widespread and intensive the destruction of value has been, not merely in the U.S., but across the globe. Take, for example, the Fed’s willingness to purchase toxic real estate assets — using your money to acquire securities which are now shunned by the market. Or take the Bank of England’s efforts to shove easy money at banks making corporate loans. What happened to good old-fashioned faith in markets? The belief that transactions of commercial merit will be struck between a willing buyer and a willing seller … and that any other sort of transaction should be strongly discouraged?

The simple fact is that the world’s major central banks are indulging in a massive proprietary trading scheme placing your money at risk in support of poor quality assets. When I wrote Planet Ponzi, I argued that Wall Street and government between them had created the world’s biggest ever Ponzi scheme. Well, the central banks want to play at that table too — and right now they’re the ones with unlimited money and zero accountability.

In recent months, the Japanese yen has plummeted 30 percent against the euro and some 20 percentagainst the U.S. dollar. Those figures are astounding enough in themselves, but get this: The euro currency probably won’t even exist in a few years’ time. The outcome of the Italian election gave a more than quarter of the vote to a comedian, Beppe Grillo. (He is literally a comedian; I’m not just using the term as a synonym for “Italian politician.”) Grillo wants to exit the euro and default on Italian debt. Other parties shared nearly all the remainder of the vote. The only politician to stand four-square behind Angela Merkel’s austerity ad infinitum plan was Mario Monti, who secured just one tenth of the vote.

Grillo’s plan, as it happens, isn’t dumb. The euro has been killing Italy, and though Italian debts are high, they are, for the most part, funded domestically and the national budget is not far from being in balance. So Grillo’s plan keeps it simple: quit the euro, self-fund the debt, go back to doing what Italian governments have always done. If that sounds nuts, bear in mind that Italy’s economy has been a post-war miracle — growing way faster than the U.S. economy, albeit from a lower base. Italy only really started to fail when it joined the euro: Meaningful growth has been absent ever since. Italy’s competitiveness — never so secure — has been systematically wiped out by its adventure with the euro.

If Italy follows a path that’s anything like the one Grillo has mapped out for it — or if civic unrest grows — or if some European bank found itself obliged to admit to the true value of some whole new pile of nasties on its balance sheet — then the euro is dead; but this is the currency against which the yen is devaluing.

The precise path of these currency wars is impossible to predict, but it’s not hard to predict the final outcome. First, there will be huge losses. Japan has an economy that’s almost twenty times larger than Venezuela’s. If Johnson & Johnson can lose $100 million in Venezuela, just how much more will be lost in the Far East and Europe, not just by that one company but by every other multinational one too? 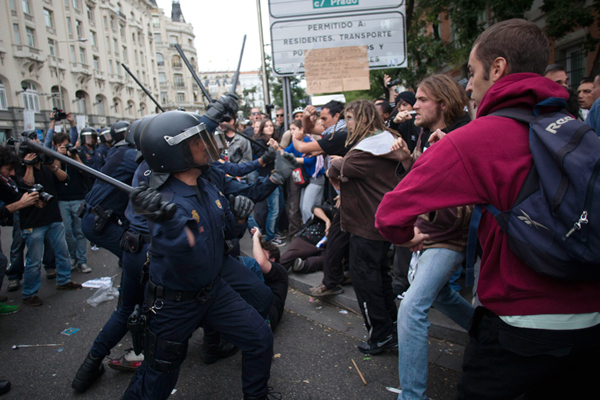 Secondly, civil unrest. We’ve seen bouts of unrest already surging across the world — from riots in Greece, to the Occupy movement, to the indignados in Spain — but these things are only going to get worse. Suppose, for example, that Italy does successfully quit the euro; what will that say to the Spaniards and Greeks and Portuguese and Irish who are currently suffering its death throes?

And thirdly: inflation. The trouble with currency wars is that they’re too easy to wage. You just have to print money. The mainstream media barely reports the ongoing activity and the Fed is either in denial or lying. It all sounds a little technical and dull. We assume that the people in charge of looking after our money supply are on our side, that they have our interests at heart.

But do they? Again and again, we see that central banks make the error of equating happy financial markets with strong economies — precisely the mistake that was made by central banks ever since the dot-com crash (and, indeed, before.) Here’s the simple truth. Financial markets prefer excessive valuations and excessive liquidity. Sure, they love it if the Fed prints a ton of new money. Obese kids would probably like it if McDonald’s gave away their stuff for free on street corners.

But the interests of Wall Street are not your interests. Global stock markets are making new record highs — on what? What’s so great about the world economy? The truth is that stock markets are up because of Fed-based ‘hopium’: the torrents of cash artificially manipulating prices. Yet whatever goes up must come down and no one at the Fed even pretends to have an exit strategy. The simple fact is that the Fed has created the mother of all asset bubbles, and the popping will be on a scale previously unknown.

Indeed, you only have to look at the personnel in key positions across the globe to understand how deeply Wall Street has penetrated institutions that were meant to be there for us. 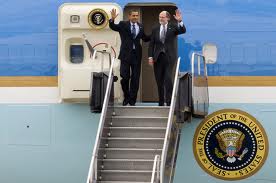 Jon Corzine - What happened to MF Global's missing Billions? Who said there is no revolving door between Wall Street and Washington?

Mario Draghi, head of the European Central Bank is an ex-Goldman guy. So is William Dudley President of the New York Fed — who controls the FOMC. So is Mark Carney, soon to be Governor of the Bank of England, currently the Governor of the Bank of Canada as well as the Head of the Financial Stability Board in Switzerland. When you start to add in key politicians with affiliations to the same institution (Mario Monti, Hank Paulson, Robert Rubin, Gary Gensler, Jon Corzine), you start to realize that our entire political system has become heavily conflicted and corrupted. The interests of Wall Street have come to dominate the interests of ordinary citizens.

All Ponzi schemes must come to an end. They always bring disaster when they do — but that’s no reason to close them down, because the collapse only gets bigger the longer you leave them. We are in the end stages of a huge, global Ponzi scheme right now. The losses are rising, the risks are getting greater. And the worst disasters lie ahead.

24 Responses to: Currency Wars Have Begun: Central Banks in Denial or Worse