What’s The French Word For ‘Meltdown’? 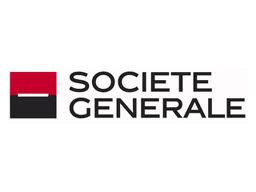 Rumors have been circulating for some time about the health of French banks. Those rumors play a huge part in the recent surge in worries about the creditworthiness of the French state. After all, the Irish banks came pretty close to bankrupting Ireland. The British banks knocked a huge hole in the British government balance sheet. And French banks have huge exposures to Greece, Italy and Spain, which calls into question how safe they are.

Since France has high government debt, a gaping deficit, and a seeming incapacity to balance its budget, those questions are pressing now in a way they haven’t been for thirty years.

So I thought I’d call a contact of mine – a highly placed source in the interbank markets and a person who has his finger on the pulse of who’s lending what to whom. What he had to tell me was shocking:

I asked about UniCredit – the Italian bank we wrote about here – and he laughed. He said to me, ‘UniCredit has no buyers in the interbank market at all’. I suspect that was a slight exaggeration, but only slight.

The simple, sombre fact is that the European banking system is in crisis. The meltdown has started and it has a long way still to run. No wonder Sarkozy’s hair has turned 98% grey or silver in photo’s appearing in this weekend’s Sunday Times story on DSK.

One Responses to What’s The French Word For ‘Meltdown’?