What Happened: America is fed up with Hillary’s lies and hypocrisy 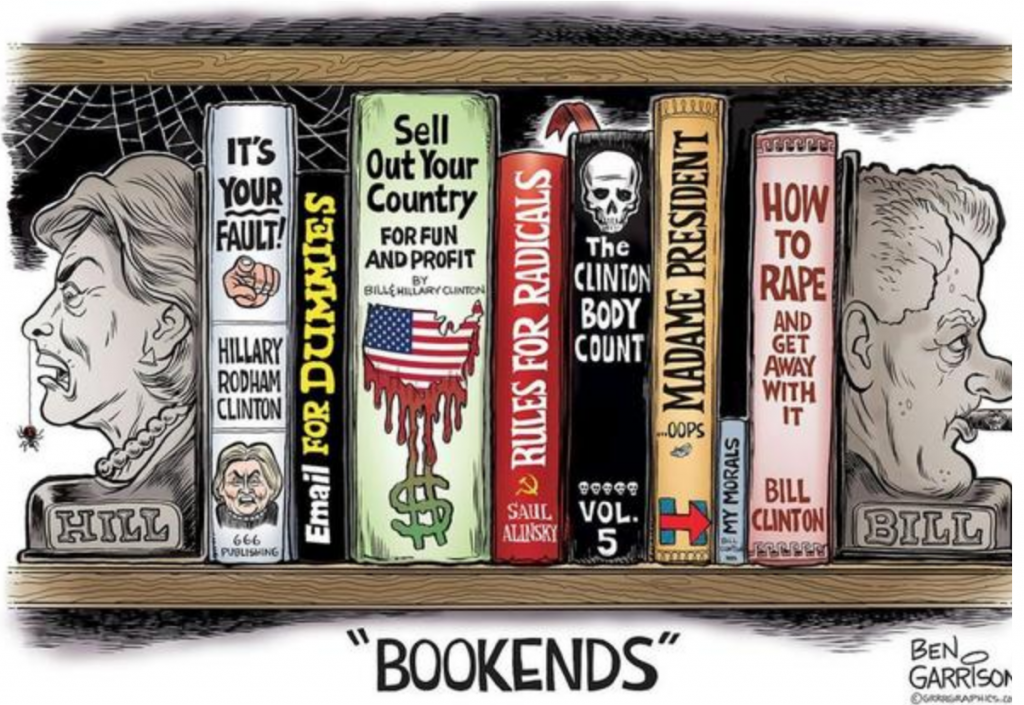 Hillary Clinton is on a book tour to promote her new book “What Happened” and explain why she lost the election. Unfortunately, Hillary refuses to accept a smidgen of personal responsibility for the loss and will not show any regret or humility for her actions.

So, let’s examine what happened and not be blinded by Hillary’s “Too Many Excuses to Name tour.”

My video above illustrates a fraction of the crimes against democracy that Hillary Rodham Clinton committed over a more than 20-year reign as paymaster in Washington’s pay-to-play swamp. The results: Hillary’s campaign spent around $2 billion dollars—and lost!

America is fed up with Hillary’s lies and hypocrisy. That’s what happened.

During the presidential election, Hillary Clinton’s campaign joined forces with the USA’s uber-liberal, corporate-owned media to spin a false narrative to misdirect and terrify voters, subliminally instilling a message of fear and hate. This indoctrination, crafted to weaponize a payload of fear and hate, went like this: Donald Trump is racist, he is a white supremacist. He is misogynistic, sexist, anti-Semitic, xenophobic, homophobic, Islamophobic and a serial liar. He’s the next Hitler and the most dangerous person ever.

And it didn’t stop there. By inference, all Trump voters, indeed all Republicans and Trump appointees, must share similar values and are “a basket of deplorables.” Hillary and the liberal elite continued to push this message, even harder after Hillary lost the election.

Before the 2016 presidential election loss, Hillary stated that “We’ve been around for 240 years. We have had free and fair elections. We’ve accepted the outcomes when we may not have liked them and anyone who doesn’t is an enemy of democracy.”

Although a nice sentiment, Hillary and the rest of the liberals have shown, once again, that they only believe in democracy as long as it goes their way. Hillary, Obama, the uber-liberal media and many staunch supporters, aka “the resistance,” refuse to accept the outcome of the 2016 elections. Hillary’s supporters, 93 percent of the liberal media and the republican establishment will keep trying to nullify the election result.

Never in the history of America has the loser in a presidential election, along with the previous president, tried to invalidate an election because they didn’t like the result. But that is exactly what Clinton and Obama are doing. They are actually calling for their supporters to resist everything President Trump initiates. Clinton and Obama have put America on a dangerous trajectory involving virtue signalling, social justice, identity politics, political correctness and entitlement.

Just look at Barack Obama’s final European apology tour last November. While in Germany, instead of calling for unity and an end to the professionally organized, hate-filled, riotous Antifa protests against Trump’s election, Obama gave protesters a green light by stating, “Don’t be silent.”

The New York Times reported, “In Obama’s remarks to activists, Obama urged them to stop moping and ratchet up their opposition to Mr. Trump by Thanksgiving. He promised to join their cause soon after, telling them: ‘You’re going to see me early next year, and we’re going to be in a position where we can start cooking up all kinds of great stuff to do.’”

Hillary Clinton and Obama have never condemned any of the Antifa’s violent protests that are driving a wedge between Americans. Instead, they are endorsing suppression of free speech by a “Hate Speech” ban. This is nothing less than an attempt by Clinton, Obama, the “Deep State” and some Republican operatives to overthrow our democratically elected government. Senate leader Mitch McConnell even told Trump during their first meeting that he didn’t want to hear any more about draining the swamp.

Clinton’s book continues to highlight her refusal to accept Trump’s presidency. Her book is 512 pages of lies, justifications and laying blame—which she lays everywhere except on herself. At the official “What Happened” launch in New York, Hillary blamed the liberal media for her loss. In her book, Clinton claimed the media favored Trump by giving him free publicity and spent an inordinate amount of time reporting about her emails. She also called for an increase in liberal media programming to counteract the right-wing propaganda conveyed in today’s media. Unfortunately, Clinton’s views have no basis in reality.

Contrary to Clinton’s claims, the heavy media coverage on Trump is not out to boost Trump, but to punish him — as anyone can see by simply looking at the following graphic.

Congressman Lamar Smith, founder of the House Media Fairness Caucus, reports that 91 percent of Trump campaign coverage was negative despite the fact that 55 percent of the public is weary of the anti-Trump tone in coverage. Smith also reported that 96 percent of media campaign contributions went to Democrat Hillary Clinton. This negativity towards Trump has continued even during his presidency. During the first six months of his presidency, news coverage of Trump was overwhelmingly negative (approximately 90 percent).

Hillary’s book is a series of specious arguments for the dim-witted in an attempt to lay the groundwork for future disruption. Hillary’s book is filled with excuses and lies that embody Washington’s pay-to-play swamp culture. This is precisely why nothing ever gets done in Washington—politicians get paid off and everyone else gets screwed.

Of course, her book could also be a lead into “Why I will be president in 2020” or “Why Chelsea deserves to be president next.” 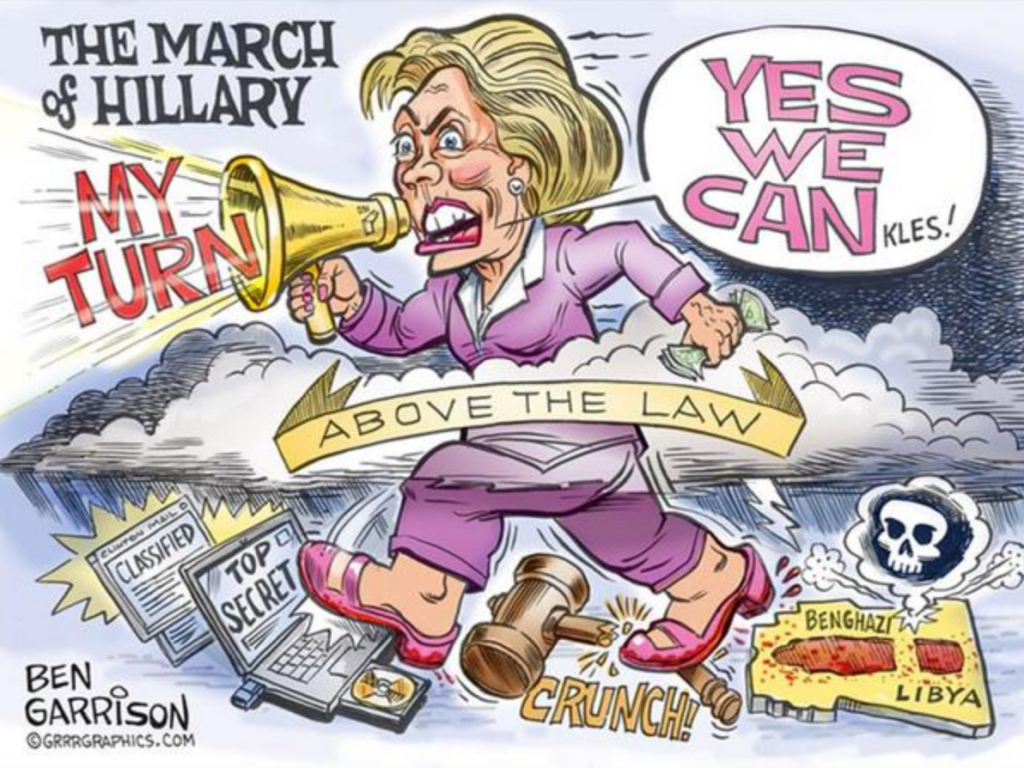