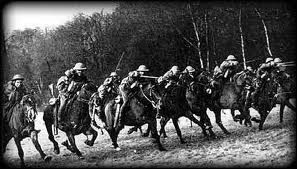 The British calling in the calvary

A hundred years ago, a generation of men – many of them volunteers – fought an unprecedently bloody war for almost invisible gains. The men were heroes, but the generals commanding them were too often blunderers, too little conscious of the ever-mounting casualties. David Cameron is right to demand that our schoolchildren are reminded of the Great War and the vast sacrifices involved.

He’s right, but he’s also showing some chutzpah. History remembers those men as ‘lions led by donkeys’. Heroes betrayed by blundering and unimaginative leaders. We are not – thank God – at war on that scale now, but in economic terms we are deep in our own version of trench warfare and David Cameron has too little idea how to lead us out.

The current recession is the longest and (almost) the deepest in modern British history. Its costs are borne, primarily, by those least able to afford them. Those responsible for the damage – the bankers, the regulators, the New Labour generation of politicians – have been largely untouched. The fraudsters who manipulated LIBOR, who missold subprime assets, and so much else, are sitting in Monaco, instead of in jail. The politicians in charge now too often rely on soundbite and deflection; there’s still a shocking lack of transparency and accountability.

The British people bear all this with a huge amount of dignity. High inflation, stagnant wages, crazy property prices, an economy that seems only ever to move sideways? ah well, could be worse. Mustn’t grumble. We’re lions, led by donkeys. 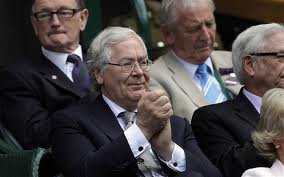 What time is Murray Playing?

But it’s not just in Britain where an economic Great War is laying waste to lives and savings.

In the US, a presidential election is unfolding that will do nothing to solve the fiscal crisis that is engulfing the country of my birth. The fiscal problem has become so bad, the politicians can’t even talk about it. Republicans won’t raise taxes. Democrats won’t cut benefits. The result is a fiscal jam so bad that serious economists estimate true US indebtedness at over $200 trillion. That’s more than three times the total GDP of Planet Earth. And virtually no one talks about the issue.

In Europe, meantime, the latest rescue of the latest crisis is beginning to fail. Again. Spanish bond yields have fallen from their high of nearly 8.00%, but they’re still glued close to the 6.00% mark. And a country in deep financial crisis, mounting debt and deepening recession cannot fund itself at that rate for long. Meanwhile, the wealthy Catalans are beginning to reconsider their ties to the rest of Spain. The ratings agencies are cutting their ratings, again. Italy is in pretty much the same position, only a step or two behind. Germany is beginning to backtrack on the deals that averted the crisis that loomed earlier this summer. The slow-mo European crisis is getting ready for the next hideous encore. 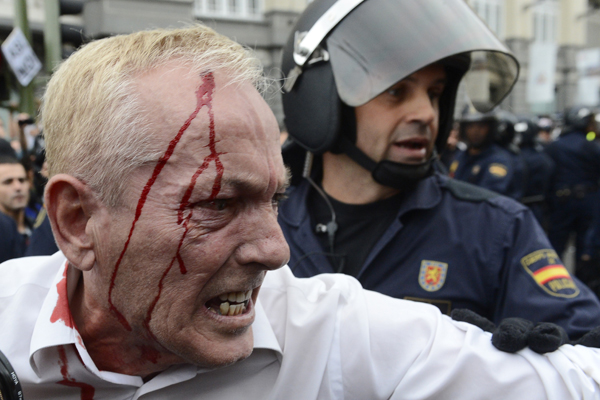 You might think that nothing changes, but you’d be wrong. A year or two back, the IMF believed that a £1.00 cut in government spending would only reduce economic activity by £0.50, as new private sector growth surged into the gaps created. That clearly hasn’t happened. We’ve had the exact reverse pattern where increasing austerity has led to increasing recession… and an increased deterioration of government finances. The IMF now estimates that the same £1.00 cut actually depletes the economy by £1.30. The task ahead of us is getting worse.

It’s the same with the banks. Forget the pre-Thatcher miners or the teaching unions under Labour – if you want real government largesse, the financial sector still outshines the rest. When you hear of the Bank of England ‘pumping money into the economy’, what it is actually doing is propping up the trading profits of the same handful of bloated institutions that created this mess in the first place. And those self-same institutions are still not lending, the economy still not moving. Meantime, the stock of dubious debts and inflated assets rises just that little bit more. A burden that the rest of us will have to pay for: through absent growth, stagnant wages, high inflation, and a hopelessly unsustainable property bubble.

Amidst such confusion, it would be easy to think that there’s no fix out there. Easy and wrong. We don’t need rocket-science, we need common sense.

Although I don’t like a lot about what the current government is doing, I do like its approach to the deficit. Under George Osborne, the government is still borrowing 8p in every £1.00 generated by the economy. So when you earn £100 at work, the government has just borrowed £8. Since that’s obviously nuts, government borrowing needs to come down. At least Osborne has got that part right.

But then consider monetary policy. The Bank of England is widely expected to announce an expansion of its quantitative easing programme to £425 billion. Which is just a fancy way to say it’s printing £425 billion of new money, which is a sure fire way to create inflation. (Just ask Zimbabwe.) It’s craziness – or, in fact, craziness doubled, given that the intended effects of the policy (boost lending and encourage investment) have clearly not happened.

Or take the banks. It’s pretty obvious that bankers don’t need our sympathy. (Many of them, in fact, need jail terms.) Far from coddling the banks any further, we should force them to play by the same rules that all the rest of us have to live by. If a bank goes bust, it should be left to fail. Small depositors should be protected. Everyone else should get no sympathy. Instead, we pump money into the system and pretend we’re helping the broader economy. It’s insanity squared.

I wrote a book about these matters: Planet Ponzi, which is out now in paperback. That book tells you in detail, and in easy, everyday language, just how bad the problems are – and what we need to do to fix them.

I didn’t write the book because I wanted to make money, but out of belief – even passion. I’ve been involved in the financial markets for thirty years. Over that time I’ve seen a kind of sickness take hold. A belief in the power of debt. A belief that any problem is OK, so long as you can defer the reckoning. The sickness isn’t confined to Britain (though we are now the world’s most indebted country). The problem is equally bad in Europe, maybe worst of all in the United States.

The cure for this disease is, in essence, simple. It’s total transparency, total accountability. That needs to apply to politicians: no more false promises, no more evasions of responsibility. But the same magic formula needs to apply to banking and the media. And we, the voters, need to retain our sense of anger. When we hear politicians evading an important question, we need to demand a real answer. When we see bankers grossly manipulate the financial markets, we need to reject any outcome that does not end up with one or more bankers doing some serious jail time.

I first conceived of writing Planet Ponzi, when the first tremors of the financial quake were starting to strike. I thought the issues covered in the book were the most urgent matters facing the Western world since the end of the Second World War. I still do. It’s not too late to turn things around – but we can’t delay our actions any further. Planet Ponzi has got to stop. We still need our lions, but it’s time to lose the donkeys.