Too little reform, central bank risk and banking fraud – have we not learnt anything?

by Mitch Feierstein about 7 years 3 months ago

Henry Paulson. “Hank”. Remember him? Lean, balding, the flared nostrils of a man perpetually haunted by the memory of having to clean dog’s mess from the shoes of his neighbour’s children.

Of the crisis in 2008, he said, “Where I come from, if someone takes a risk and they’re going to make the profit from that risk, they shouldn’t have the taxpayer pay for the losses.” Quite the wisdom one would expect from the 74th US Secretary of the Treasury. Yet, as he played pass-the-parcel with the rest of us, it was he who unwrapped the final layer when the music stopped, and discovered that the prize within was a grenade. Understandable therefore that he offered a second opinion somewhat in contrast to his first: “It’s better to have the taxpayer pay for the losses than have the United States of America become an economic wasteland. If the financial system collapses, it’s really, really hard to put it back together again.”

Well, it did, and it was. Two years after the fall of Lehman Brothers, the former Federal Reserve chairman Alan Greenspan was still reflecting on the solution:“There are two fundamental reforms we need – to get adequate capital and… far higher levels of enforcements of… fraud statutes.” 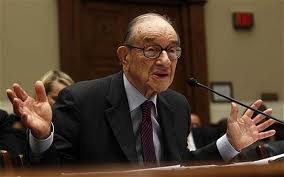 "in 2008, Things were being done that were certainly illegal and clearly criminal, if you can’t trust your counterparties it cannot work and indeed we saw it didn’t’ "

So four years after that, what progress has been made? Surely, the efforts made to re-capitalise and reform our financial institutions must have had a positive effect? And the sheer aggregated scale of the financial risks we faced then must be huge in comparison with those we face today?

Think again. In a letter earlier this year to the Bank of England’s Governor, Mark Carney (in his capacity as chairman of the Financial Stability Board), the Senior Supervisor’s Group reported: “Firms’ progress toward consistent, timely and accurate reporting of top counter-party exposures fails to meet supervisory expectations as well as industry self-identified best practices.” And they further impressed on Mr Carney “the importance of being able to quickly and accurately aggregate top counterparty exposures”.

Again, think again. For example, the Bank of Japan has manoeuvred its bond market to a point where bond futures no longer trade. Its interventions have distorted free-market pricing mechanisms to the point where price discovery is non-existent and risk is virtually impossible  to quantify.

But we can trust the central banks, can’t we? They are, after all, a safe haven…? They’re big. Too big to fail. I really hope so. Recently, the Official Monetary and Financial Institutions Forum, a globally operating financial think-tank promoting dialogue among public and private sectors, released a report disclosing that global central banks have speculated with $29 trillion in global markets, including stock markets. I may have been absent that day, but since when, and by what decree, were central banks given discretion to trade and speculate to such an extreme? How effective can they be at managing the risk of others?

The European Central Bank’s Asset Quality Review (AQR), presently under way, seeks to review the provisions set aside by banks. But AQR is an unhelpful distraction. The exercise has understandably placed further pressure on all banks to bolster their capital positions. However, in preparation for the stress tests, most European banks have been furiously strengthening their balance sheets, increasing the likelihood that they will avoid the spotlight of attention, but masking more fundamental weaknesses. These stress tests are useless if the ECB fails to adequately measure, calculate and quantify derivatives exposures, counter-party risk and a default on “risk-free”, risky, eurozone bonds.

But the diversions go further. A new European System of Accounts – ESA 2010 –  will soon apply a new methodology to the calculation and restatement of gross domestic product (GDP). With the reclassification of research and development and defence expenditure as “investment”, GDP figures will appear artificially more positive. For example, an application of the ESA 2010 calculation to Greece’s 2014 forecast GDP of 0.6 per cent will see it balloon to a whopping 3.6 per cent.

It’s little different elsewhere. As the US Federal Reserve Bank’s secret balance sheet grows towards $5 trillion with no exit plan, we are expected to accept the consequences, whatever they may be. Why are we are not allowed to see what toxic assets the Fed has bought? The Fed is not a branch of the Federal Government, as its name implies. It’s not a bank; it pays no tax; and it has no reserves.

What it has become is a rogue hedge fund, taking massive, wildly speculative positions which have distorted price discovery and fooled risk-management mechanisms. But worse, like the Bank of Japan, it has created a false financial environment. Its zero per cent interest rate policy has flooded the planet. Cheap dollars have funded bad investments. Inflation has been stoked. Real wages have sunk. Asset prices have ballooned. Daily, global stocks achieve new highs. How financially robust a world do we have where a five-bedroom apartment in London sells for more than $300m (£180m) despite the fact that the average UK salary is £26,500 a year? In the United States, $24,000 is considered the poverty rate for a family of four, yet 55 per cent of Americans earn less than $30,000. 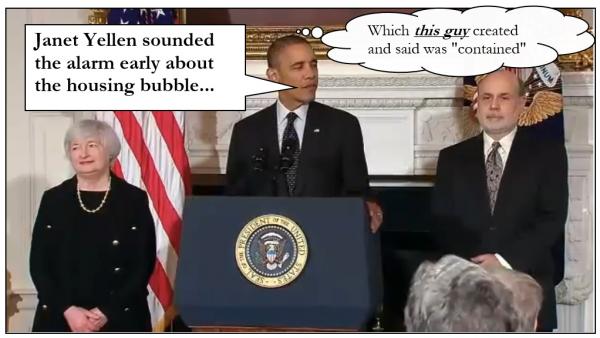 But why, when so many of us have so recently been so affected by arguably the world’s greatest financial crisis, are such important – and big – institutions acting in this way? Perhaps they have short memories. Or has it more to do with the backgrounds of those whose hands are on the tillers?

For instance, the New York Federal Bank president and CEO, William Dudley (ex-Goldman Sachs). Mr Dudley also serves as the vice-chairman and a permanent member of the Federal Open Market Committee (FOMC), the group responsible for formulating the nation’s monetary policy. Or the European Central Bank President Mario Draghi (ex-Goldman Sachs, the Bank of Italy). Mr Draghi was responsible for the eurozone policies that enabled the Italian government to create more than €2 trillion of debt.

But I’m not partisan. My lens isn’t reserved for Goldman Sachs alone. There is a repetitive theme: bank fraud is still the reality about which Mr Greenspan warned us, and the organisations in question have become so big they’re nigh on impossible to prosecute, or so rich they can act with impunity. Recent examples include JP Morgan, which paid $20bn in fines in 2013 (when CEO Jamie Dimon’s 2014 compensation was increased by nearly 75 per cent); Bank of America, which settled for fines of $12bn, Citibank ($10bn), Goldman Sachs ($121m), BNP ($10bn).

Too big to fail, jail, bail or prosecute is simply too big to exist. Unregulated, systemic banking fraud, a lack of enforcement and a failure to properly manage counterparty risk will soon cause the next systemic banking collapse.

Is there any conceivable reason why Deutsche Bank should be allowed to  have $75 trillion of on-balance-sheet derivatives? Or JP Morgan Chase  $70 trillion?

The recipe was ever thus: equal measures of greed and speculation, blind-bake, heat on full power. Relatively speaking, the risk is 40 per cent bigger than it was in 2008: bigger institutions, bigger transgressions, bigger fines. And this time, the central banks want a slice of the pie, making this an exponentially larger feeding frenzy that can only end with indigestion.

Someone once alerted me to the BOHICA syndrome. BOHICA? I asked. He sneered: “Bend Over, Here It Comes Again.”

One Responses to Too little reform, central bank risk and banking fraud – have we not learnt anything?