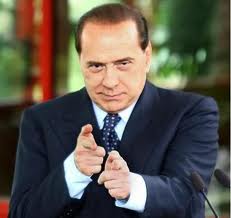 Bunga, Bunga is back!

The return of the undead

Berlusconi to return to Italian politics. Mario Monti to quit (and return to Goldman Sachs for a annual honorarium of $50,000,000). The Italian long bond to go to 600 basis points over bunds. Investors to notice that Italy is still in the position of having massive debts and a completely stagnant economy. Panic to break out (again).

The bursting of the bubble

London property has been wearing anti-gravity boots for years now. Hey, the market has become so frothy that know-nothing footballers have been turning themselves into property developers (a sell signal if ever there was one.) But those anti-gravity boots are starting to lose their potency. Stand by for a massive fall in London prices. Property elsewhere in the UK will have a sympathy fall too.

Japan to have stable leadership

After too much calamitously indisciplined and indecisive leadership, Shinzo Abe has a real chance to holding onto power for a good stretch. He’s got massive problems to contend with. A structurally weak economy, massive debts and a prickly neighbour to the west. But just possibly, Abe-san is the man for the job. We’re wishing him luck: he’ll need it.

… since the last one. Hollande came to power on the back of anti-austerity promises, as though Sir Taxalot and his good steed Spend-Some-More was going to get France out of trouble. By now, Hollande has started to notice that France is in a fiscal mess, with chronically weak banks and far too much government spending. Will the French public enjoy Hollande’s conversion to the path of fiscal probity? We’re thinking non.

Er, unless porridge is cheaper. As food inflation continues to skyrocket – beef up 75%,  lamb up 55%, fruit up 26% – and real wages continue to stagnate, more and more people will be forced to trade down to the cheapest (and least healthy) foods simply to get by. Oh, and as fuel prices continue to surge, we’re going to see a whole lot more people burning their floorboards to keep warm. But there is good news. The bankers are OK, people! And corporate profits are great! So you don’t need to worry about the FOGOs (Friends Of George Osborne). They’re all going to be fine.

The LIBOR scandal to grow

Three minnows arrested so far in the LIBOR scandal while the whales remain at large. That number’s going to rise faster than the yields on Spanish debt. If we’re lucky, we’ll start to see the stirrings of similar enquiries into the market for US Treasuries market. That market is stitched up tighter than Tony Soprano’s waste management business … and involves less savory individuals. 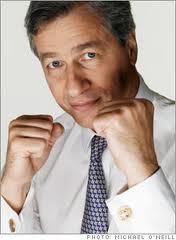 London Whale a "tempest in a teapot"

More of the same

Ever noticed that central bankers – ivory-tower academics for the most part – have been wrong about virtually everything for thirty years? Ever noticed that the same old advisors (take a bow Larry Summers) are recycled again and again, making the same failed policy prescriptions? Yep, well, 2013 is the year of no change at all. Same faces, same policies, same failures. Our big tip for the next big appointment: J.P. Morgan’s Dimon will smash the Goldman-only rule in Washington politics by leaving Wall Street for public service (that is: looking after his friends on Wall Street at the expense of everyone else.)

‘Triple-dip’ to become phrase of the year

If 2012 was the year of double-dip in the UK, 2013 has every chance of making it a recessionary hat-trick. Of course, the phrase is a con: it suggests that another recession now will be like some kind of temporary setback before the economy’s inevitable resurgence. But we had ten years of growth built on debt. Now we’ve got ten years of stagnation as we pay that debt back down. Triple-dip? How does quintuple-dip sound?

Super Mario Draghi saved the world in 2012 (by promising to buy shoddy debt without limit for as long as needed.) We can’t even think what’s wrong with that policy … but here’s our bet: that Spain hits another crunch in 2013. Catalonian unrest grows. Unrest among those 50% of youth unemployed grows. And all of a sudden those – totally understandable – expressions of discontent force a financial, political and economic crisis. How will you escape this time, Mario? 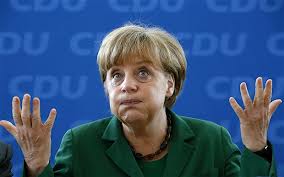 Merkel to be re-elected with 99% of the vote

Angela Merkel is Ms Reliable in German politics. Unfortunately she’s achieved that position by shirking every major decision in the Euro crisis, as a result of which the continent has racked up massive, unsustainable Ponzi-ish debts aided and abetted by lying bankers and southern European politicians who are either corrupt or incompetent. (Or, Silvio, both.)

What’s bad for money is good for gold. After a long bout of profit-taking, we expect gold, silver and other commodities to hit new highs. Meantime overvalued tech companies (we’re looking at you, Farcebook) will continue to lose value. And Exchange Traded Funds will increasingly be exposed as the new subprime market. Stand well back if you don’t want to be hurt.

The US fiscal cliff? OK, here’s what’s going to happen. The Democrats will sit down with Republicans. Both sides will call attention to the fact that the US fiscal gap (taking into account the oncoming medical and social security express train) is among the worst in the world. Both sides will set aside party differences and put together a plan which will be based on serious revenue increases and major cutbacks to entitlements. None of these things will be popular, but leaders from both parties will explain the logic truthfully and dispassionately to their electorates. Another US recession avoided. Also, pigs will fly.

Need a compact guide to the crisis?

Fortunately we have one for you: Mitch Feierstein’s Planet Ponzi. If only George Bush and Gordon Brown had had a copy … 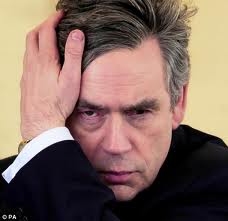 If he had only read Planet Ponzi...