Systemic banking fraud means next crisis will be worse

by Mitch Feierstein about 4 years 1 month ago 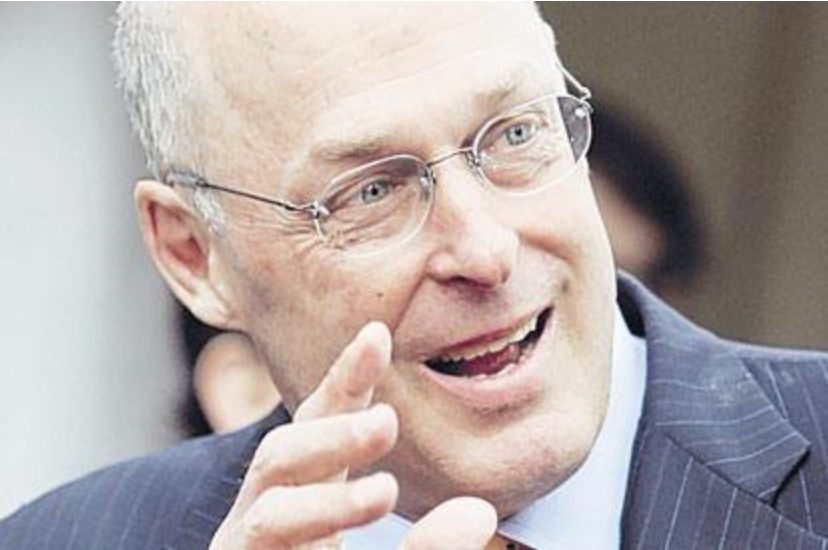 Henry Paulson. Hank. Remember him? Of the crisis in 2008, he said: “Where I come from, if someone takes a risk and they’re going to make the profit from that risk, they shouldn’t have the taxpayer pay for the losses.”

Quite the wisdom one expects from the 74th U.S. Secretary of the Treasury.

Yet, as Paulson (pictured) played pass the parcel with the rest of us, it was he who unwrapped the final layer when the music stopped, and discovered that the prize within was a grenade.

Understandable, therefore, that he offered a second opinion somewhat in contrast to his first: “It’s better to have the taxpayer pay for the losses than have the United States of America become an economic wasteland. If the financial system collapses, it’s really, really hard to put it back together again.”

Well, it did, and it was. Two years after the fall of Lehman Brothers, former Federal Reserve chairman Alan Greenspan was still reflecting on the solution. “There are two fundamental reforms we need — to get adequate capital and… far higher levels of enforcements of… fraud statutes.”

So what progress has been made in the efforts to reduce the risks of another crisis?

Not enough. In a letter this year to Bank of England’s Governor, Mark Carney, (in his capacity as chairman of the Financial Stability Board), the Senior Supervisors Group reported that “firms’ progress toward consistent, timely, and accurate reporting of top counterparty exposures fails to meet supervisory expectations”.

It said there is still too little reform, and too little essential knowledge of counterparty risk.

But what of Greenspan’s assertions of criminal behaviour in financial markets?

Again, no change. Market manipulation is not a conspiracy theory. The Bank of Japan has manoeuvred its bond market to a point where bond futures no longer trade. Its interventions have distorted free-market pricing mechanisms to the point that risk is virtually impossible to quantify.

But the most pressing concern is the behaviour of central banks, which had previously appeared a solid safe haven.

I may have been absent that day but since when were central banks given discretion to trade and speculate to such an extreme? How effective can they be at managing the risk of others?

The European Central Bank’s Asset Quality Review is underway and seeks to review the provisions set aside by banks. But AQR is an unhelpful distraction. The exercise has understandably placed further pressure on all banks to bolster their capital positions.

But in preparation for the stress tests, most European banks have been furiously strengthening their balance sheets, increasing the likelihood that they will avoid the spotlight of attention, but masking more fundamental weaknesses.

These stress tests are useless if the ECB fails adequately to measure, calculate and quantify derivatives exposures, counterparty risk and a default on “risk-free” risky eurozone bonds.

Across the pond, the Federal Reserve doesn’t look in good shape either. The toxic assets it has bought remain under wraps and it has helped to create a false financial environment. Its 0% interest rate policy has flooded the planet. Cheap dollars have funded bad investments. Inflation has been stoked. Real wages have sunk. Asset prices have ballooned.

How financially robust a world do we have where flats in London sell for millions despite the average salary in Britain sitting at £27,600 per year?

A quick look at the upper echelons of the major central banks reveals a chummy elite club full of former investment bankers, advisers to mismanaged administrations and bosses looking after their previous employers.

Bank fraud is still the reality about which Greenspan warned us, and major global lenders in question have become so big they’re nigh on impossible to prosecute, or so rich they can act with impunity.

Too big to fail, jail, bail or prosecute is simply too big to exist. Unregulated, systemic banking fraud, a lack of enforcement and failure to properly manage counterparty risk will soon cause the next collapse.

The recipe was ever thus: equal measures of greed and speculation, blind-bake, heat on full power. Here we go again, cooking up another pie, hoping it will taste better than the last one.

“Insanity: doing the same thing over and over again and expecting different results.” Well, Einstein, here’s a new theory: relatively speaking, the risk is 40% bigger than it was in 2008, bigger institutions, bigger transgressions, bigger fines. And this time, the central banks want a slice of the pie, making this an exponentially larger feeding frenzy that can only end with indigestion.

Someone once alerted me to the Bohica syndrome. Bohica? I asked.

He sneered: “Bend Over, Here It Comes Again.”