The United States Congress is a rigged swamp 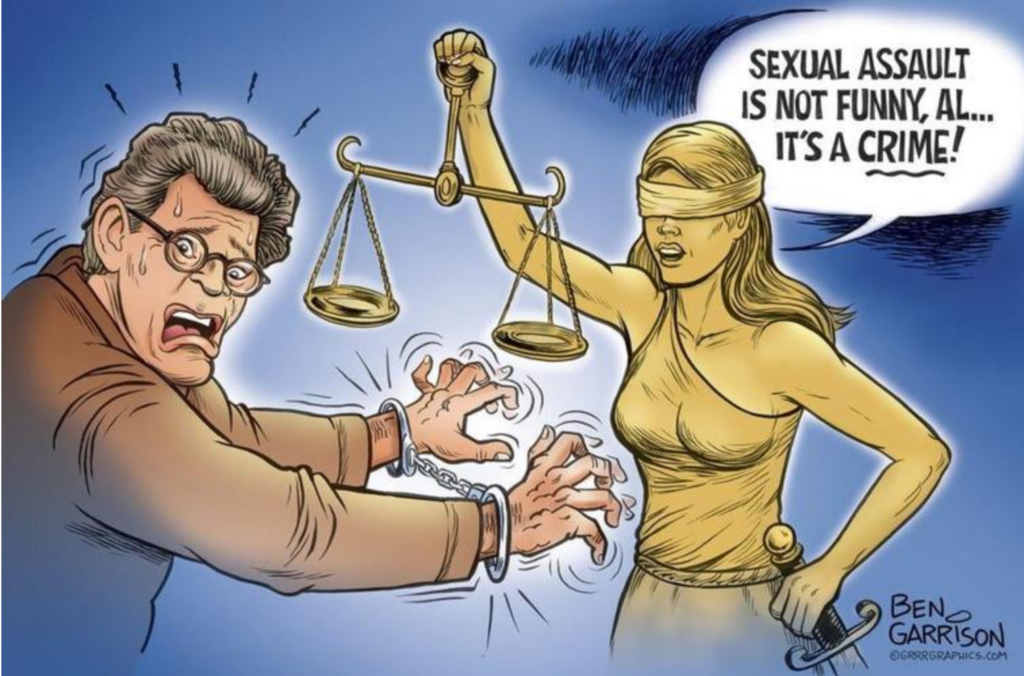 In a place where pay-to-play with impunity has become the norm, US Senators protect their own. In fact, the last time a US Senator was expelled was 1862. US Senator Jesse D. Bright, a Democrat from Indiana was expelled. The charge: supporting the Confederate rebellion.

So why wouldn’t Sen. Al Franken and Sen. John Conyers call for ethics inquiries on themselves after being accused of sexual harassment? Both Franken and Conyers realize that these proceedings not only carry zero weight, but they are both totally irrelevant and meaningless. It’s a popular diversion.

Our disgraceful politicians always promise an “investigation by committee” or a “thorough investigation.” But it’s always the same predictable outcome: millions of dollars wasted with no conclusive result of guilt. On a rare occasion, the offender may get a slap on the wrist or told to never do this again.

The United States public is being played big time. According to the Congressional Office of Compliance, the OCC, at least $15 million was secretly paid out by the US Congress on behalf of sexual harassers during the last 10 to 15 years. To be clear, taxpayers picked up the $15 million bill for congressional sexual harassment and Congress now refuses to disclose which members paid settlements, how much they paid and when they paid. Why should America’s taxpayers have to pick up this tab? Where is the media on this?

Knowing that he will be exonerated by the ethics investigation, Minnesota Senator Al Franken refuses to step down even after pictures of a sexual molestation have come to light. Four women have come forward saying that Sen. Franken “groped and grabbed them.”

Franken has admitted guilt and his Democratic colleague US Senator Dick Durbin from Illinois today remarked that he believes that Franken’s apology, in conjunction with an ethics investigation, is appropriate to move forward. No Democratic senator has called for the resignation of Senator Franken.

Yet, in the Alabama US Senate race, where Roy Moore has been accused of sexually molesting women over 30 years ago, even though we have seen no evidence to substantiate these claims, the Republicans and Democrats are calling for Moore to step down. There have been no such calls for the resignation of Franken, or other Democrats, even though Franken admitted his guilt and was caught red-handed.

And let’s not forget the reverence with which the Democratic Party continues to treat Bill Clinton—a man accused of rape by at least a half-dozen women.

We did not elect US senators and representatives to serve their own purposes and the highest bidders who supported their campaigns. American taxpayers deserve 100 percent transparency and disclosure. Putting politics ahead of principles is why the American public will continue voting these tone-deaf politicians out of office.