How Obama, the Democratic Party and the lapdog media attempt to destroy Democracy

by Mitch Feierstein about 3 years 9 months ago

The importance of engagement and negotiation seem all but forgotten in the rush to condemn Trump over his attempts to repair the United States’ relationship with Russia. Instead of praising Trump for his efforts to strengthen the relationship, the traditional media attacks everything President Trump does in an attempt to deflect attention away from the congressional investigations into widespread corruption and collusion by President Obama, the Hillary Clinton campaign and the top-levels of the US intelligence agencies to prevent the election of and then subvert the administration of President Donald Trump. 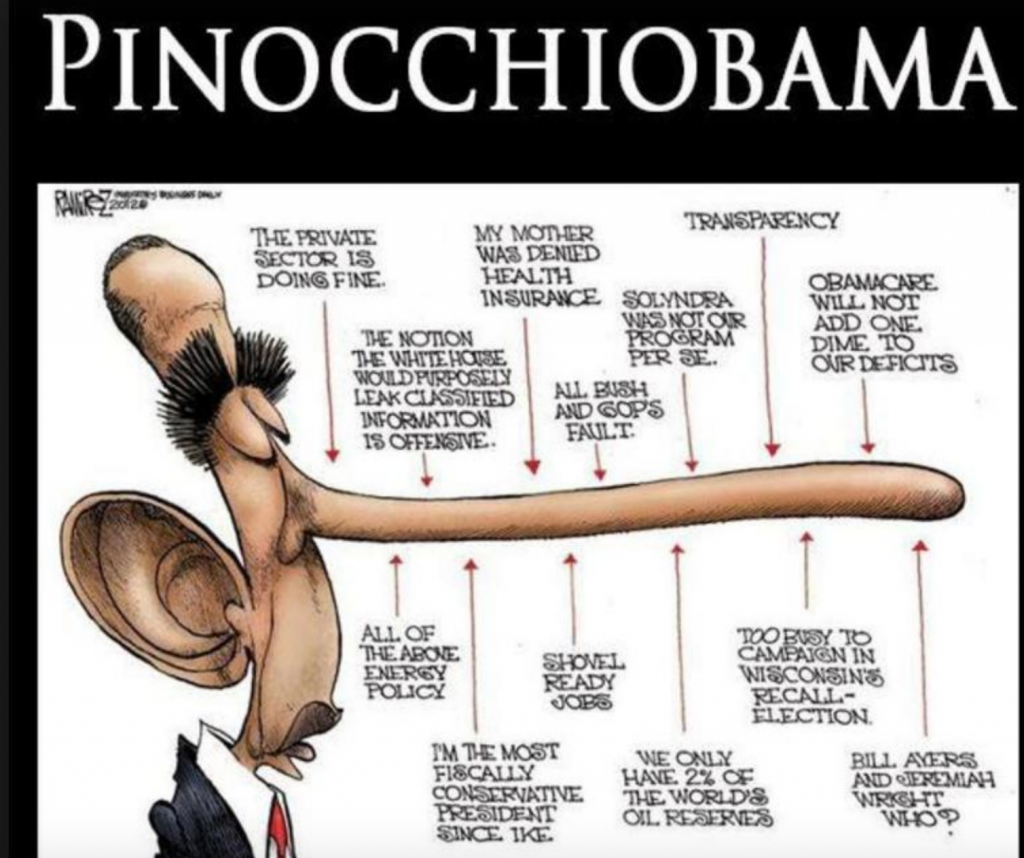 The tribalism and obstruction by the extremist Democratic Party along with America’s traditional media are doing much more to sow discord than Russia and its $100,000 in Facebook ads could have ever accomplished.

Lie, instill fear and delegitimize Trump and his administration

The Democratic Party led by Barack Obama, New York Senator Chuck Schumer, Congresswoman Nancy Pelosi, and other members of the resistance including CNN propagandists John Brennan, James Clapper and James Comey, all of whom were President Obama’s appointees to the USA’s most powerful intelligence agencies, have joined forces with the disingenuous, corrupt media in yet another attempt to delegitimize Donald Trump’s presidency and to stage a bloodless coup d’état removing the democratically elected President Trump and his administration.

Nearly every member of the Democratic Party refuses to vote for any GOP proposal or legislation crafted to move America forward. Their mantra: resist at all costs until they regain control of Congress. And the traditional lapdog media is along for the ride. The media’s editorial narrative is extremely supportive of doing anything, at any cost, to remove Trump from office.

High-ranking intelligence agency officials are worse and could be guilty of treason and or sedition. In January 2017, minority leader of the US Senate, Chuck Schumer, warned Donald Trump: “Don’t mess with the intelligence agencies; they have six ways to Sunday to end careers and destroy lives.” 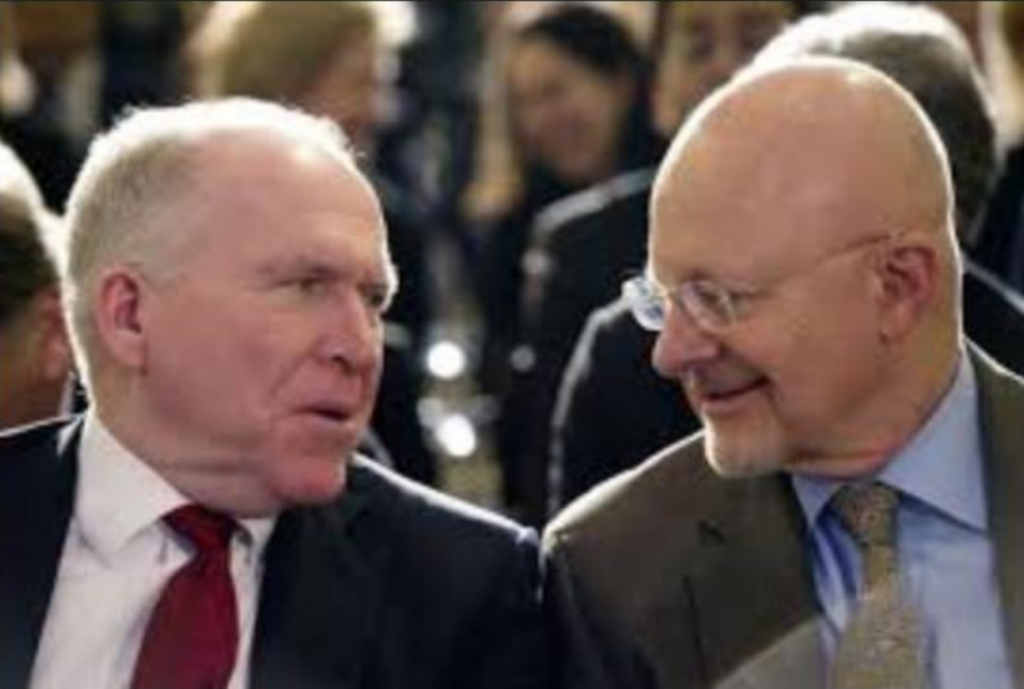 Brennan to Clapper – The fix is in!

And this isn’t the only example. The following frightening examples of extremely biased rhetoric from senior members of the FBI, CIA and NSA illustrate how many top intelligence officials are motivated by political power, hate and their desire to remove Trump from office by any means necessary.

And let’s not forget disgraced FBI Agent Peter Strzok who lied regarding how his political bias and his FBI lover’s actions along with top-level institutional corruption at the FBI and DOJ impacted the results of the Hillary Clinton email investigation and initialized an investigation into “Russian collusion.”

US Senator Rand Paul, recognizing the unwarranted hatred directed at Trump, commented: “After identifying such extreme animus, bias and hate against the democratically elected President by the heads of Obama’s appointees in the U.S. intelligence agencies, Congress needs to use its oversight authority to rein in the power of these agencies.”

Everyone seems focused on Trump and Russia but show a surprising lack of recall in regard to Obama’s actions regarding Russia. Unknowingly, at the 2012 World Leaders’ Summit to discuss global nuclear security, President Obama told Russian President Medevev on a hot microphone, “Give me space on the missile-defense systems. This is my last election. After my election, I will have more flexibility.” Russian President Medevev responded, “Understand. I will transmit this information to Vladimir and I will stand with you.”Shortly thereafter, Obama mocked presidential candidate Mitt Romney’s assertion that Russia was a threat to America by stating “the cold war ended twenty years ago.”

Did Obama’s comments constitute Russian collusion? What kind of deal did Obama want to make? Why was the media silent?

Two weeks before the 2016 presidential elections, President Obama addressed the nation from the White House in an attempt to reassure voters by stating, “I want to emphasize, there is no serious person out there who would suggest somehow that you could even rig America’s elections. There is no evidence that that’s happened in the past or that there are instances that this will happen this time. I would advise Mr. Trump to stop whining and try to make his case to go get votes and if he got the most votes it would be my expectation of Hillary Clinton to offer a gracious concession speech and pledge to work with him in order to make sure that the American people benefit from an effective government.”

Was Obama lying about his knowledge of Russian hacking? Was this collusion? Again, why was the media silent about this?

America is not a democracy. America is not a constitutional republic. Barack Obama set America on the path to becoming as corrupt as a banana republic. Obama, Hillary Clinton and the extremist Democratic Party have done everything they can to undo the result of the 2016 presidential election. Ex-FBI Robert Muller’s Russian investigation reminds me of a quote by Lavrentiy Beria, the head of Joseph Stalin’s secret police, “Show me the man, and I’ll show you the crime.”

Russia is not the problem. China is the problem. Unfortunately, for most Americans, the Chinese government has purchased all the swamp monsters in Washington DC. So the four D’s—divert, deflect, deceive and deny—are what this focus on Russia is all about.

Will we ever drain Washington DC’s corrupt swamp? Why has Jeff Sessions remained silent? Why is disgraced FBI agent Peter Strzok still employed and being paid by taxpayers? When will Robert Mueller, Christopher Wray and Rod Rosenstein be fired? Will Christopher Wray and Rod Rosenstein be able to slow walk and obstruct Congressional oversight until Democrats take control of Congress and/or the Senate? Let’s face it, folks, democracy died under the rule of Emperor Obama’s reign.

These unaccountable, lying, rogue intelligence agencies have far too much power—power that they were never meant to have. It is time for President Trump to declassify ALL the relevant “corruption” documents that the DOF and the FBI are slow walking and or hiding and let the American people decide.