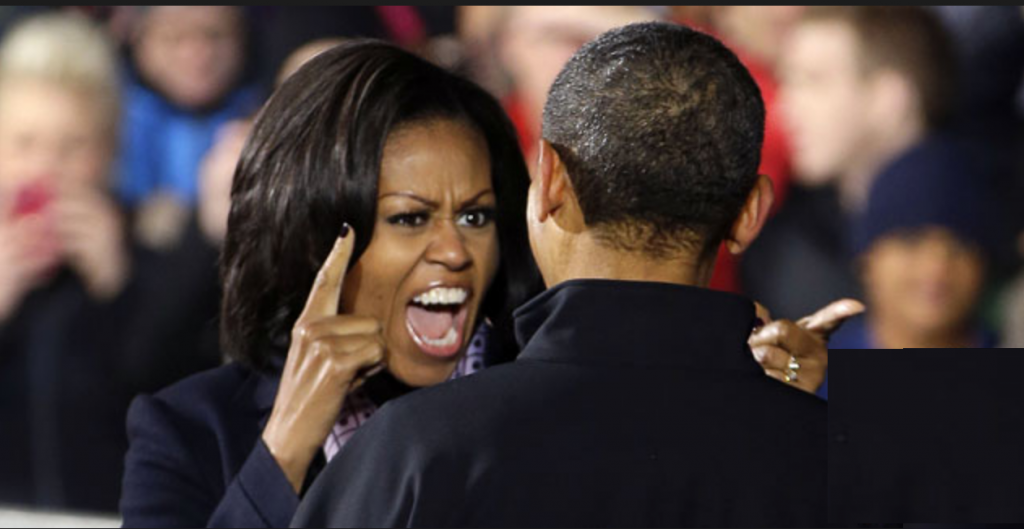 Neither Michelle Obama, Barack Hussein Obama, or Hillary Clinton will go away. Why does the media keep giving them a platform and allow them to continue to encourage and enable division in America?

The former First Lady’s latest attention-grabbing stunt was to dismiss the entire GOP as entirely male and white. Needless to say the Republican Party is not taking kindly Mrs. Obama’s reckless race-baiting.

“It’s unfortunate Michelle Obama would disregard the contributions of conservative women and people of all backgrounds with one sweeping, false accusation,” RNC Chairwoman Ronna McDaniel told Fox News on Thursday.Obama’s comments came on Tuesday — she was describing the feeling she got walking into the Congressional chamber for State of the Union addresses. “Physically, there’s a difference in color, in the tone… Because one side—all men, all white. On the other side – some women, some people of color,” she said.

The race-baiting Obamas just can’t help themselves. The racial divide has not widened this much since the 1960s. Are we trying to fracture in splinter America? Create race wars? If so, we are headed in the right direction given the divisiveness of Obama and Clinton’s “resistance” and the current progressive mantra of “If I disagree with you – you are a Nazi, racist, homophobe, Islamophobe, etc.”

Add to this liberal-left and media’s failure to denounce Antifa, along with their normalization of violence against Trump and his family. From Kathy Griffin’s bloody photo op with a severed Trump head, to Johnny Depp’s terrible, tasteless assassination “joke“, to Snoop Dogg’s infamous music video for the song “Lavender” — in which the rapper is shown shooting a clown version of Donald Trump — and it’s clear that purveyors of progressive pop culture have fueled a hostile environment towards Trump and the Republican Party. We can only speculate just how much damage this poison has done to society. Did it lead directly to the shooting of Republicans at a baseball game? Some have even speculated that the terrible mass-shooting in Las Vegas was influenced by this divisive political climate. 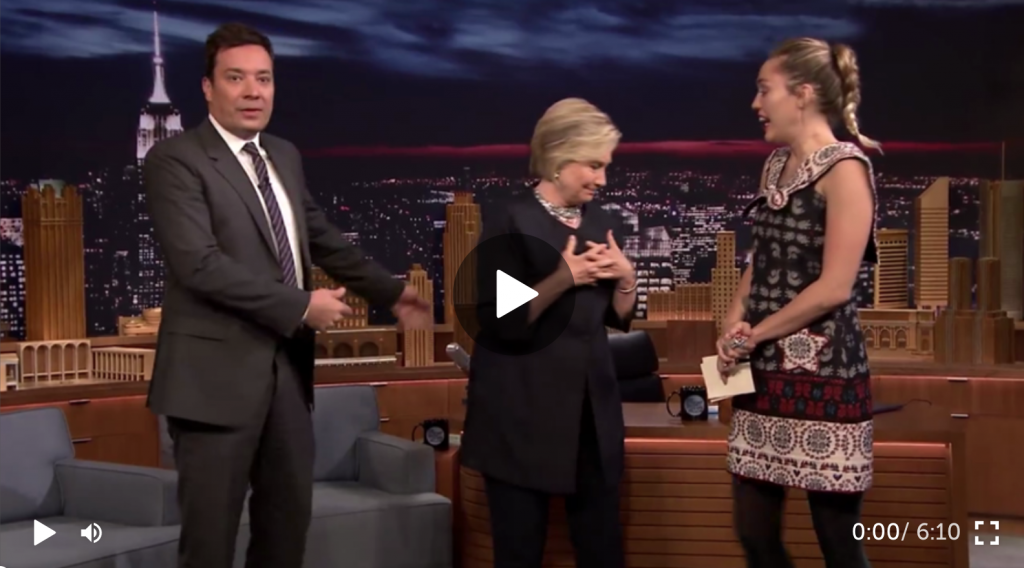 Fallon is not an “entertainer” he is a political activist spinning a scripted political narrative — most of America outside the NY and LA bubble is fed up!

The left’s unprecedented anti-Trump media blitz designed to indoctrinate and usurp a democratically elected government is unrepentant. Will somebody please advise the Obamas, the Clintons, and our very fake news organizations that Obama is no longer president — and that Hillary ran a terrible election in 2016 and lost.

Alert the very fake news media that — by virtue of his victory (you know, that whole democratic process thing) in the presidential elections of 2016 — Donald J. Trump is the president of the United States of America. They don’t need to cover Michelle Obama anymore. They certainly don’t need to give her and Clinton a platform to cause even more division our society.