Osborne is like a contestant on Strictly Come Dancing: So let’s score his performance 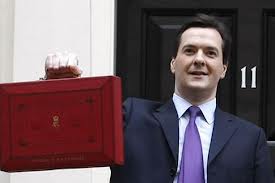 Budgets are overhyped. Half serious policy announcement, half political theatre. Truth is, almost everything that matters in the government’s fiscal policy was set out in June 2010. Back then, George Osborne announced the pace of the fiscal tightening which would dominate the next five or seven years. The events of today have, very largely, simply been another step along a pre-determined course.

Knowing this, Osborne has been busily doing the things that Chancellors are meant to do: tweaking taxes, adjusting allowances, creating soundbites, encouraging his backbenchers. He’s like one of those contestants on Strictly Come Dancing: not much natural talent, but plenty of effort and bags of commitment.

So in that spirit, I’ll cast myself as (erm) Craig Revel Horwood and score his performance.

That austerity is required is obvious. It was obvious back in 2010. Now, after the slo-mo collapse of Greece, Portugal, and Ireland, and the still-precarious state of Spain and Italy, you would have to be a galumphing idiot not to realise that belt-tightening is required. Indeed, Ed Balls may be the only person in the country who still thinks that tax-and-spend is a recipe for a success. And it isn’t. Of course, it isn’t. It’s a recipe for being Italian.

George Osborne gets the need for austerity. Personally, I consider his plans too timid and too slow. You don’t address a debt problem by continuing to add to the debt pile. You don’t address an overmighty government by trimming it back to the levels it was at in 2002-03. And of course, the UK is still at risk of losing its coveted AAA rating. With net debt just shy of £1 trillion, you can’t expect anything else.

But still, I don’t want to be too harsh. These are tough times and Osborne is moving in the right direction. A good performance.

Deluded: Shadow Chancellor Ed Balls may be the only person in the country who still thinks that tax-and-spend is a recipe for a success 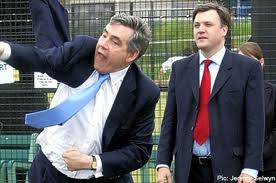 End of boom and bust and delusional Ed Balls

Reducing the top rate of tax was an obvious, necessary step. Gordon Brown had so little faith in this upper rate that he didn’t introduce it until six weeks before the end of his government. The tax raises very little money (because the money simply moves off shore). And it sends a signal that Britian is hostile to success and entrepreneurship: precisely the wrong message to send.

Equally, it makes good sense to tax £2 million homes that can’t easily be moved offshore (though I bet some bankers will try to give it a go.) It makes good sense to come after tax dodgers hard and aggressively … though I’d be willing to bet that any such aggression dissipates somewhere in the HMRC.

Having said that, why did Osborne not have the courage of his convictions and reduce that top rate to 40%? It was good enough for New Labour. It should be good enough for the Tories.

6/10, plus 2 bonus points if tax dodgers are in fact prosecuted with vigour.

Obvious: The scrapping of the 50p tax rate, the top rate of tax, was a necessary ste

Osborne’s performance is somewhat less than convincing here. On the one hand, the rate of corporation tax is to be lowered to 22% by 2014. That’s good news. It makes Britain an attractive location in which to invest. Since we need jobs and investment now more than ever, it’s the right move.

At the same time, however, payroll taxes are still way too high. They’re a tax on jobs. If we want to create jobs, why tax businesses for creating them? Osborne needed to be radical and has wimped out of any real tough decisions.

And what is it with governments, the way they think that showering a few favoured industries with tax breaks will create jobs? Giving tax breaks to the likes of Disney means one of two things, either the government’s debt load increases or other taxpayers are being asked to pay more. And in the meantime, the whole tax system becomes ever more complex, ever more convoluted. We needed radical simplicity and got more government fiddling.

The big picture: Overall a good performance by Mr Osborne

Keeping the pensionable age under review so that it permanently tracks any increases in longevity makes excellent sense. It’s bewildering, in fact, that such an obviously commonsensical proposal is only being enacted now. Why wasn’t this done in 1981? I’ve no idea.

It’s hard to award high points for such obviously necessary steps – and why on earth are child benefit and other ‘universal benefits’ not being tackled more rigorously? Overall, somewhat disappointing.

It was George Osborne who created the Office for Budget Responsibility and the OBR has done a decent job since its inception. It was also Osborne who introduced the Whole of Government Accounts, a vastly overdue and important innovation.

So: I like the OBR and I like the Whole of Government Accounts, but Osborne is still locked in an old mind-set – the one that almost brought the country to its knees.