Is The First Domino About To Fall?

Greece has been on the edge for a long time, but right now the first Eurozone domino is rocking and close to toppling. 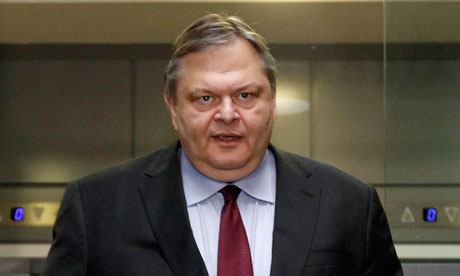 The Greek finance minister wonders who ate all the pensions.

As The Guardian newspaper reports:

Greek youth unemployment rate has now reached 48% … Union leaders have called a two-day strike starting tomorrow … Despite negotiating until nearly dawn, the coalition government headed by Lucas Papademos could not agree the details of cuts to pensions.This leaves Greece short of around €300m of savings needed to persuade its international lenders to approve its second rescue deal.

If the Greeks reject the ‘rescue’ plan – you have to put the word ‘rescue’ in inverted commas given the nature of the help on offer – then all hell will break loose. Personally, I think the deal will squeak through for now … but the times are hard and these pips are squeaking.

3 Responses to: Is The First Domino About To Fall?