by Mitch Feierstein about 4 years 10 months ago 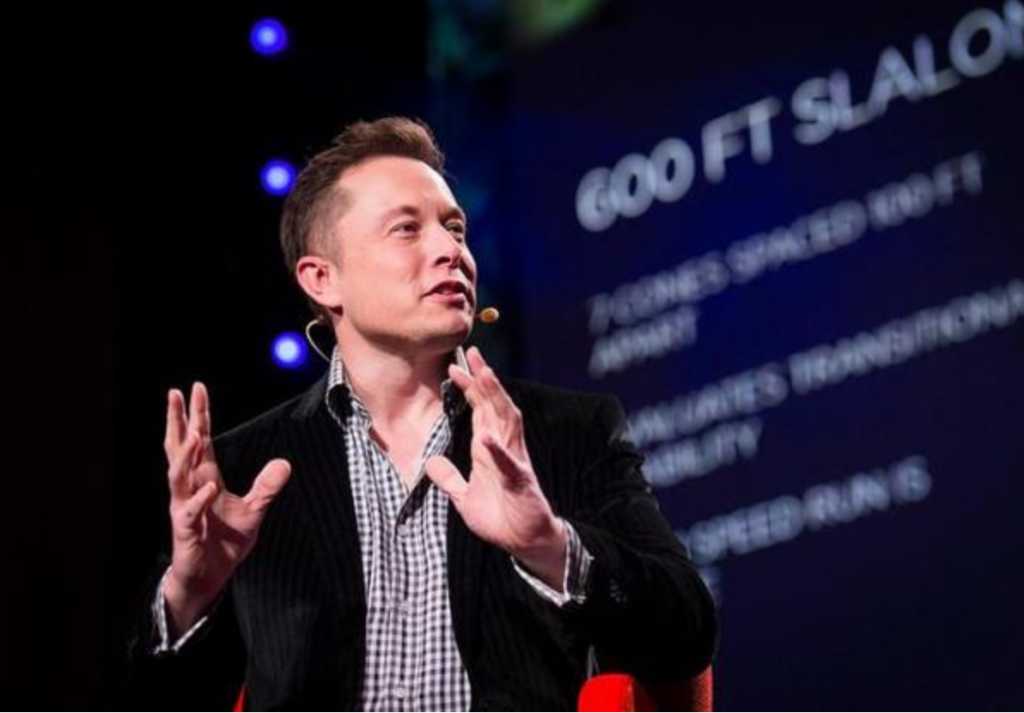 What do all of Musk’s visionary companies have in common, though? None of them generate profits. His companies burn investor cash faster than magicians flash paper, and survive only due to the generous “government” — read: taxpayer-funded subsidies. Remove taxpayer funding and Musk’s “schemes” collapse faster.

“Elon may be proof that time travel exists, because he seems to have either more hours in the day than the rest of us have, or he’s from the future,” joked Costolo in an interview with CNBC.

“In all seriousness,” Costolo continued, saying, “I’m laughing because [Musk’s] ability to think cogently and thoughtfully about such a wide range of topics, while running these multiple companies, and seeming to be running them well is just, I mean, it makes you shake your head. It’s remarkable.”

Interesting, yes. But it’s necessary to fire back with a plethora of questions drenched in skepticism.

First off, there was no indication who, exactly, in any of the numerous local governments gave this green light. Why? Are these the same anonymous sources as the White House leaks? Or is this simply more hype and fake news generated by Musk and his PR spin team?

In reality, it would likely take around 20 years to get environmental approval from the multi-states involved as well as all the additional stakeholders.

Next, where does Musk expect to raise the trillions this project will cost with an untested technology? This, like Tesla and its epic cash burn, is a Ponzi taxpayer subsidized swindle.

Maybe he realized it’d be smart to cover himself, with this follow-up tweet: 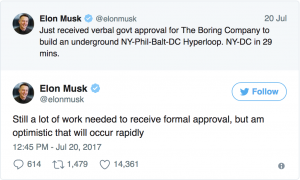 Musk’s become a master of hype and spin, by the way, as we’ve seen him tailor accounting numbers and talk a big game all while Tesla has yet to make a profit. The company sold a total of 76,230 vehicles in 2016, or one for every $669,000 of its market cap, give or take.

Tesla’s market capitalization has exceeded that of General Motors, which is amazing when one considers it has delivered less than 300,000 cars compared to GM’s yearly output of over 12 million.

Eventually, this will crash. Hard.

Eventually, this grand plan of a Hyperloop will be outed as hyperbole.

Eventually, Musk will be booted from his perch.