How Wrong Can a Wrong Thing Be? 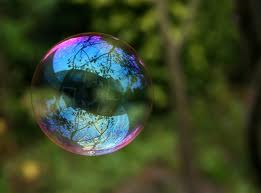 "This looks like a very solid and robust recovery to me" - B. Bernanke

Just how wrong can a policymaker be?

Take this news, that as late as 2006 the Fed managed to miss obvious signs of collapse in the US housing bubble. Although the stats pointed to a once-in-a-century boom which would, unless financial gravity went on holiday, turn into a once-in-a-century bust, somehow those guys at the Fed thought that a gradual stabilization and firming of prices was in the cards.

Now you might think so what? That’s history, right?

But we all know what happens when you plunge huge amounts of cash into a fundamentally unsound asset: you lose money. In this case, unelected officials at the Federal Reserve lose US taxpayer money. And maybe it would be worth taking a risk on these things, if you really thought the guys in charge knew what they were doing. But they don’t. In 2006, they saw a bubble and called it stable. In 2012, they’re thinking about placing $2 trillion on the same number of the roulette wheel and hoping for a better outcome. That’s bold policy-making for sure. But also dumber than taking a bungee jump without checking your rope.