Democratic tyranny and attack on democracy

by Mitch Feierstein about 4 years 1 week ago 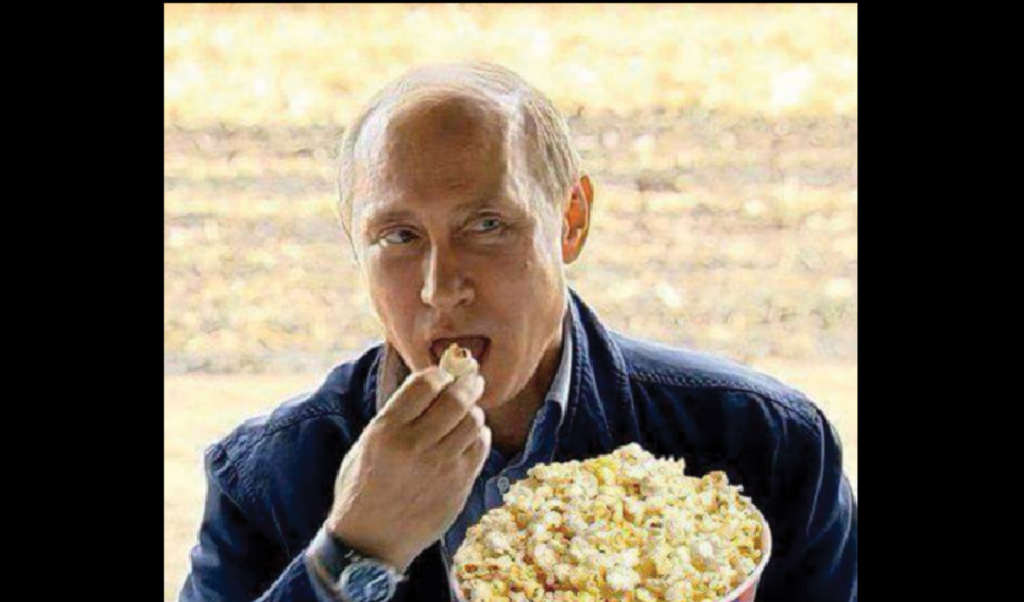 On 20 April, in the latest abuse of process, the Democratic National Committee, via Michael Eisenkraft at Cohen Milstein Sellers, filed a frivolous lawsuit against the Russian government, Donald Trump, his entire campaign, the WikiLeaks organisation, Julian Assange and many others in regards to some alleged, tinfoil-hat conspiracy theory that the Russian government, Putin himself and conservative organisations influenced the outcome of the 2016 campaign through internet hackings and manipulation in order to secure the presidential win for Donald Trump.

The complaint was filed in Federal court, in Manhattan’s Southern District. Eisenkraft picked New York as the venue because Manhattan courts are home to the most liberal judges in the United States, as well as having a jury pool containing the highest percentage of liberal Hillary voters in the US.

New York is also where most of the booming fake news media outlets have their base of operations. These traditional media outlets have already broadcast this twisted lawsuit to tens of millions of feeble-minded Americans who suffer from TDS—Trump Derangement Syndrome.

According to Tom Perez, Chairman of the DNC, this so-called scandal “constituted an act of unprecedented treachery: the campaign of a nominee for President of the United States in league with a hostile foreign power to bolster its own chance to win the presidency.”

But don’t take their (or our) word for it. Click here for the 66-page lawsuit document. It is very thorough; however, there are just a few things missing—proof, evidence, facts and logic.

Given that this whole lawsuit is fabricated out of nothing, what reason could the DNC have for pursuing it? What do they hope to achieve? As always, just follow the money.

For years, the American government has been run by politicians who, without a budget, grant themselves salaries and other perks. They have become multimillionaires selling the only thing of worth in Washington—political favours for cold, hard cash. This is the whole raison d’être of the Clinton Foundation and they (as well as others) operated with impunity. If you control the FBI and DOJ, who is going to do anything?

But with Trump in office, the deep state’s whole base of power is threatened. A budget may be installed. Salaries will be discussed. The endless pit of American tax dollars will actually be used to build things rather than flowing into the pockets of power-hungry politicians.

Trump is pissing on the politician’s parade of financial freedom. The only way to resume the way things were before the election is to take him down and to take down the entire Conservative Party. But how are they going to do that?

They decided to make up a story claiming that Trump colluded with Russia—the scariest country on the planet and our enemy since WWII. Accusations that Russia was involved in the election actually stem from the classic tradition of finger-pointing as a distraction from the reality of the corrupt pay-to-play American political system that has sold America out. Americans have been indoctrinated with the deep-state’s story about Russia and now they believeit.

Since Donald Trump became President, the DNC has done everything it can to disenfranchise Trump’s voters, to delegitimise Trump’s administration and to impeach Trump himself, so that the public will believe the nation is most stable when the deep-state Democrats have control. The oligarchs that finance our fat-cat politicians, pay the lobbyists, and own the media cannot run the risk of Trump draining the swamp. They need Trump gone. They need power!

This is the reason behind the lawsuit. The swamp always wins and every day Americans will always lose—start liking the feeling!

And if you dare disagree, you are a Russian troll, Putin’s puppet, a Russian bot, or worse un-American.

This issue extends beyond blue and red. It is about morals and change. It is about the corruption of our nation’s capital. By supporting the lawsuit, Americans are supporting a totally corrupt judicial system based on emotion, not law. The swamp monsters want to go back to the glory days, where we were their donkeys and our hard-earned tax dollars paid for their private jets to Davos and sexual harassment lawsuit settlements.

As both sides battle to gain power, the American people are merely puppets force-fed a fable and tucked into a bed of ignorance. Ignorance is bliss, they say…that’s what they want you to think. So, BOHICA—Bend Over Here It Comes Again.