Deep in the bowels of the UK Treasury a plan is being hatched that would create a new crime of corporate negligence. The idea is to make it an offence for the leadership of any systemically important financial institution recklessly to endanger their firms and thereby the economy. That might sound harsh, but it would only bring bankers into line with the rules already governing drivers and doctors, for example.

Here at Planet Ponzi, you’d expect us to cheer this news, and we do, just a little. But we have reservations. 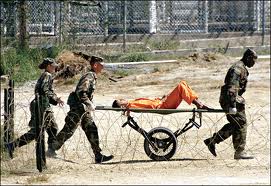 Who's been a naughty banker, then?

First of all, why are only systemically important financial institutions to be targeted? Dangerous driving is dangerous driving, whether you’re driving a hatchback or a 40-tonner. The failure of MF Global is a case in point. Although it wasn’t ‘systemically’ important, the firm still went bust with $1.2 billion of customer funds missing. $1.2 billion. That’s a lot of money! And it’s a failure that reverberates through the financial system. Creditors lose money. Other lenders become that bit more cautious. A culture of imprudent and dangerous risk-taking gets that little more entrenched.

If the big boys face potential charges of criminal negligence, anyone who leads their institutions in the same dangerous way should face the same charges. (It remains, of course, to be seen exactly what went on with MF Global. It doesn’t look good, but we don’t yet have the full facts.)

Secondly, there’s a huge difference between the intention of any new law and its actual implementation. As soon as a charge of criminal negligence for bankers comes to sit on the statute books, the likes of Fred Goodwin will simply take very careful legal advice before doing what they want to do anyway. There will be more ass-covering, more legal opinion seeking, a greater need for green-light type reports from expensive consultancies. If the new law does come in the form currently being spoken of, I’m willing to bet that no banker will ever serve a single day in jail as a result of it. 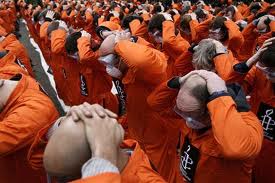 But finally, why have new laws at all? The old laws are just fine. They should provide plenty of ammunition to put reckless bankers just where they belong. I’m not the only one who thinks so. Here’s what Alan Greenspan had to say at a recent panel discussion. (The full video of his remarks can be found here.) He said:

“There are two fundamental reforms that we need. [One], to get adequate levels of capital [in the banking system] and two, to get far higher levels of enforcement of fraud statutes – the existing ones, I’m not even talking about new ones. Things were being done which were certainly illegal and clearly criminal in certain cases. … Fraud creates very considerable instability in competitive markets. If you cannot trust your counterparties, it won’t work. And indeed we saw that it didn’t.”

Greenspan is right. We need to use our existing laws. We need to enforce them vigorosly. We need to avoid out-of-court settlements. We need to see both financial fines levied on the firms guilty of wrong-doing and jailtime imposed on the individuals doing the dirty work.

For all the good intentions of Osborne’s latest wheeze, I think practical action would be a far stronger statement of intent.