The Slow Collapse of Civil Liberties

It is an extraordinary but true fact that democracy is on the retreat across the ‘free’ world.

Italy has a government boasting not one single elected official. The current regime was foisted on the Italian people not by national election but by the will of Angela Merkel and Nicolas Sarkozy. 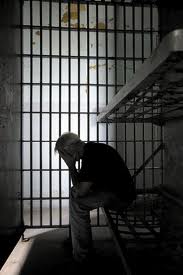 This could be you.

In Greece, the same thing, except that Greece had a prime minister who believed in democracy. He wanted the financial reconstruction plan to be endorsed by his people, either via referendum or national elections. He got neither and was booted out of office by Merkozy and a bunch of unelected EU officials.

In the United States, President Obama has just signed into law the annual National Defense Authorization Act. Nothing wrong with that, you’d think: the country needs to fund its armed forces. Only this NDAA contains a provision which permits the indefinite arrest and incarceration of those suspected of terrorist offenses. The law also permits any such suspects to be removed to any third-party country, which is hardly likely to be good for those suspects’ health. These provisions apply to US citizens and are almost certainly unconstitutional – though, if you’re one of those removed to a Pakistani jail, you might not find that protection particularly reassuring.

Almost more disturbing still, these provisions have been sought and argued for by President Obama, surely on the face of it the most civil rights friendly President we’ve had in decades. (You can read an important blog on this topic by Jonathan Turley here.)

And Britain is also succumbing. Despite their own civil liberties gloss, Messrs Cameron and Clegg are promoting a system whereby ordinary citizens will, under some circumstances, be denied the right to challenge evidence against them. That’s taking the legal system back to the position it was in prior to the 12th century – a backwards step of more than 800 years.

Investigative journalism will also suffer a grievous blow from these changes. Shami Chakrabarti, director of Liberty, commented: ‘Many of the biggest recent scandals were exposed through a combination of journalism and litigation. These proposals would bring the shutters down for ever.’

These things matter profoundly. They should matter to every ordinary citizen. They should cause judges – in most countries, the ultimate guardians of constitutional protections – to walk out on strike until these things are reversed. But that’s not happening. The dark tide is coming in. It’s up to us to stop it.