On Planet Ponzi, nothing is more guaranteed to keep seasonal spirits high than a little crazy asset-price inflation. And if you want a little craziness, then why look further than the London property market? 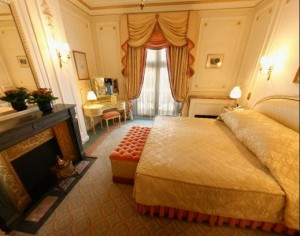 Yours for just £5 million

According to data filed at Companies House, London’s Ritz Hotel is currently being valued at around £625 million, or £4.6 million per room. It’s true that the hotel is enjoying its highest ever sales … but at just over £30 million a year, the hotel’s valuation is around twenty times sales. That’s a sales multiple so uniquely stupid, you’d think it would be confined to Silicon Valley partying like it’s 1999 again.

Meanwhile, ordinary family homes are inflating like crazy too. House prices in Kensington and Chelsea are about to touch an average price of £1,000,000. That’s for a place, like the place you live in, with a couple bathrooms, a kitchen, some bedrooms. You don’t get a helipad, or a swimming pool, or an underground lair, or a guaranteed invite to Madonna’s Christmas party. It’s just a million pounds, for an ordinary house.

How is this bubble inflating, when the eurozone is breaking up, bank credit is constrained, real wages are declining and unemployment is rising ever upwards? Well, lax regulation is always a part of the answer. Those interest-only mortgages which were part of the problem with the opening phases of the credit crisis seem to be back again. (And who, but who, could be so stupid as to allow that?) 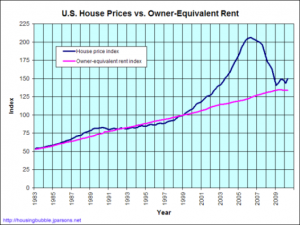 Additionally, though, all the other factors implicit in the current crisis are present here too. Capital flight from the eurozone. Poor due diligence on overseas buyers. (If you’re a Middle Eastern tyrant, London is your investment paradise of choice.) And that sheer, crazy belief that prices can only ever go up. That’s the kind of mindset which looks at a business with £30 million in sales and values it at over £600 million. Which looks at an ordinary house in an ordinary street and values it at a million.

You’re welcome to think like that if you want, but bubbles only ever end one way.