Planet Ponzi is now on general release. It’s my best effort to document the appalling mess that governments and bankers have got us into. It’s available on sale in the UK and the US. I hope you buy a copy. Personally, I think we have to understand this stuff if we’re to have a chance of saving ourselves.

Meantime, and to celebrate, I wanted to bring you three little glimpses of how our world still runs on Ponzi thinking. 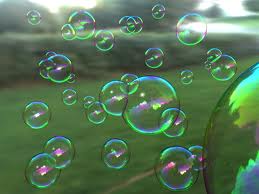 Exhibit #1: Facebook
Facebook is a terrific company, an amazing start-up, and an incredible way for people to connect with each other. But the company is somewhat mature already. In the developed world, fewer people now use it than they used to. Those that do use it, use it for a little longer on average each day, but it’s hard to see that usage continuing to escalate. There are big gains to be had in developing markets, but there are countless Western brands with massive potential overseas that do not warrant crazy valuations.

And the putative $100 billion valuation of this company is very, very rich. It has profits of just $1.5 billion, implying an earnings ratio of around 66 times. Time Magazine (which clearly loves a Ponzi scheme) comments that ‘by 2013, Facebook’s profit is expected to total $5 billion. Using a conservative Wall Street valuation formula for Internet companies – 20 times earnings, about the same as Google’s – Facebook’s valuation would be $100 billion.’

But hold on! Time Magazine just tripled – more than tripled – the company’s profits in order to get to its ‘conservative’ valuation. That’s bananas. Google is worth its valuations because it actually makes the profits on which its valuation is based, and has a strong historic track record besides. The closest analogues to Facebook are such things as MySpace, Bebo and Yahoo … and where are those companies now? 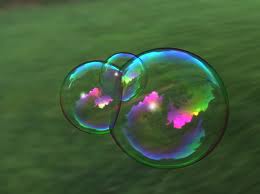 I think you'll find my forecasts are robust

Exhibit #2: Company forecasts and the lying liars who make them
Let’s now shift to exhibit #2 – company forecasts. If stock analysts were really good, they’d be able to see into the future, predicting exactly what companies will earn a year or two down the road. If analysts were good, but human, they’d get these predictions wrong, often enough, but there would be no systematic bias to their estimates. Sometimes their guesses would be too high. Sometimes too low. ON average, they’d be about right.

But on Planet Ponzi, we don’t have such analysts. Bloomberg (which has a fine un-Ponzi –ish record of truth-seeking, by the way) has released a note stating that, ‘The highest proportion of European companies on record are missing profit estimates even as the region’s stocks post their best start to a year since 1998.’

Just about 60% of European companies missed their profit expectations in the most recent quarter, the worst performance on record. Bloomberg quotes an analyst saying ‘Analysts in Europe are much too optimistic.’ Well, yes. Either that or they are employed by firms which make money from the sell-side, so they aren’t optimistic, they’re just lying through their teeth to get business.

But the main point is incredibly simple. Companies are missing their profit targets. Equities are soaring to new highs. Can you spot what is wrong with this picture?

Ponzi Schemes by year of exposure (chart from the Economist)

Exhibit #3: Ponzi Schemes
Finally, just in case you thought Ponzi Schemes didn’t exist any more, here’s a little graphic to help you sleep worse at night. The bars show the number of US Ponzi schemes of more than $1,000,000 in stolen funds that have been busted by investigators in the recent past. In 2009, more than 100 such schemes were exposed. Given that many more presumably lie undetected, and given that these data cover only the US, and given that the data do not include numerous very obvious Ponzi Schemes (government debt, the Fed’s balance sheet, Wall Street, Italy, Japan, etc, etc), the scale of the true problem is extraordinarily huge.

So huge, in fact, someone really ought to write a book about it. Oh, hold on a second, I already did. Enjoy the book and protect your wealth.