by Mitch Feierstein about 5 years 9 months ago

Trump’s presidency as well as the positions taken by Western liberal elites will provide India with a wonderful opportunity to grow and take its place as an economic powerhouse.

The positions taken by liberal elites have resulted in a threat to Western democracy. Now, these same elites are being called upon to fix the problems they have caused. The result will be the destruction of our society—a destruction that India will be in a position to take full advantage of.

In 2015, Kenneth Rogoff, was preparing his move from Harvard’s “Ivory Tower” to Washington, DC. He greedily peppered the media with excerpts from his book The Curse of Cash, all the while salivating over his potential position in Hillary Clinton’s cabinet.

Rogoff posits that “the globe is flooded with cash—and is making us poorer and less safe.” Rogoff wildly pontificates that “phasing out cash will reduce tax evasion, corruption, terrorism, the drug trade, human trafficking, and the rest of a massive global underground economy.” As a bonus, “eliminating cash will reduce the debt while helping central banks fight the credit crisis.”

Read that again. Yes, Rogoff uses fear to motivate the masses. If you think this sounds like Donizetti’s L’elisir d’amore, you are correct. It’s snake oil in its purest form. Rogoff offers NO evidence that ending cash will do anything he advertises; Dr. Dulcamara would be proud of Rogoff’s efforts. 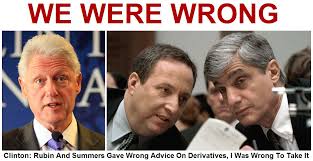 Tone-deaf, Keynesian economic, Kool-Aid sipping academics operate in a groupthink echo chamber. The grandfather of economic theory, Paul Samuelson’s nephew, Larry Summers serves on Harvard’s staff. In 2006, Summers was forced to step down as Harvard’s president for saying “women can’t help that they are not as smart as men”

In 1999, Summers succeeded Robert Rubin as Bill Clinton’s US treasury secretary and convinced Clinton to end Glass-Steagall, which was the main driver of the credit crisis. Rubin served as chairman of Citibank during the time when Citibank’s share price collapsed 97 percent resulting in Citibank’s plea to the US Federal Reserve (the Fed) for trillions of dollars in bailout money. Shareholders lost everything and Rubin walked away with a $126 million remuneration package. Where is the rage?

In February, in 2016, Summers floated his cashless concept. “I propose an end to the $100 dollar bill, the 500 Euro note and all large denomination notes; removing bills will making it harder for the bad guys. It will end tax evasion, corruption, terrorism, drug dealers, and the rest of a massive global underground economy.” Summers presents no evidence substantiating these claims and attempts to key in on fear “to make you safe.” This was first reported in the Washington pravda, errr, Jeff Bezos’s lapdog-fake-news the Washington Post and reprinted by the Financial Times, TIME, Marketwatch, CNBC, NBC, CNN and USA Today.

This PhD’s policies created the credit crisis and made it exponentially worse. Now, he wants a cash ban—the result of which will be the next round of bank bailout funding. These de facto “bail-ins” will be funded by the sectors of society that are most vulnerable: students, seniors, savers, and middleclass taxpayers. The removal of economic freedom and mobility from a society, in the absence of a better solution, is tyrannical and signals the death of liberty and democracy, which will end in disaster or revolution. 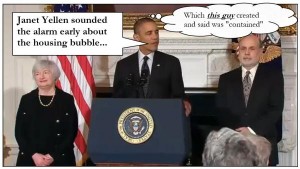 The Fed, the world’s largest rogue hedge fund, lacks any independent audit oversight. As a result, unaccountable officials have taken on massive risk. These unelected Fed governors are appointed for fourteen-year terms and paid five million dollars. In 2012, Gov. Dennis Lockhart boasted, “The Fed can grow its balance sheet to infinity.” In the same interview, Governor Evans said, “Three-percent GDP growth is around the corner.” It’s nearly 2017, and the Fed’s balance sheet is a bloated five trillion dollars. So, “around the corner” has become five years without even a whiff of Three percent GDP. Would one be crazy to think these policies were a failure? Nope.

Hubris, arrogance, zero accountability, and transparency allow our global central bankers to quadruple down on policy failures by inflating grotesque asset bubbles. Soon these bubbles in the bond, stock, and property markets around the world will explode—taking with them our global financial system and what is left of capitalism.

The causes of this mess are excessive debit, credit, and leverage. My book, Planet Ponzi summarizes how institutional corruption (politicians; bankers; lawyers; and their corporate-owned, complicit, lapdog media) allowed a global system to be built where banks are too important to fail, bankers are too politically connected to jail, and toothless regulators are allowed to “sleep at the switch.” This has allowed banks to grow debt, credit, and leverage far too quickly without any regard to existing regulations.

The central banks’ moral hazard policy, as well as the policy of picking winners and losers in the stock market, has made everything worse. Did we learn from Japan’s three decades of failed economic policies? Nope! Trouble in today’s Eurozone is far from over—the European Central Bank’s policy of printing money forever has made matters worse, much worse. Polices specifically avoiding regulation, resolution, and restructuring of Eurozone’s toxic assets will end in the EU’s fiery demise.

“Insanity is doing the same thing over and over and expecting  to achieve a different result.”

The West, an empire in decline, has chosen groupthink—hiring the same people to fix the problems they created with the same solutions. While the West continues obsessing over safe spaces and not offending a generation of undereducated, overentitled, precious little snowflakes (aka social justice warriors) who have never been told “no”, the Trump administration will forge forward creating a much more India-friendly path than “Clinton Inc.” ever did. India is in a terrific position to become a hardworking, firing-on-all-cylinders, economic powerhouse and perhaps a leader in international banking.

What India needs is not a “cashless society”; India needs a re-think. Let’s think out of the box and create a “new global banking paradigm” pivoting far away from the West’s broken models that rely on the same PhD economists who destroyed the global financial system and “capitalism” and replaced it with central bank ‘new normal’ Marxism.

My sleeves are rolled up; when can we start?

7 Responses to: Cashless Societies Signal Death To Democracy And Liberty