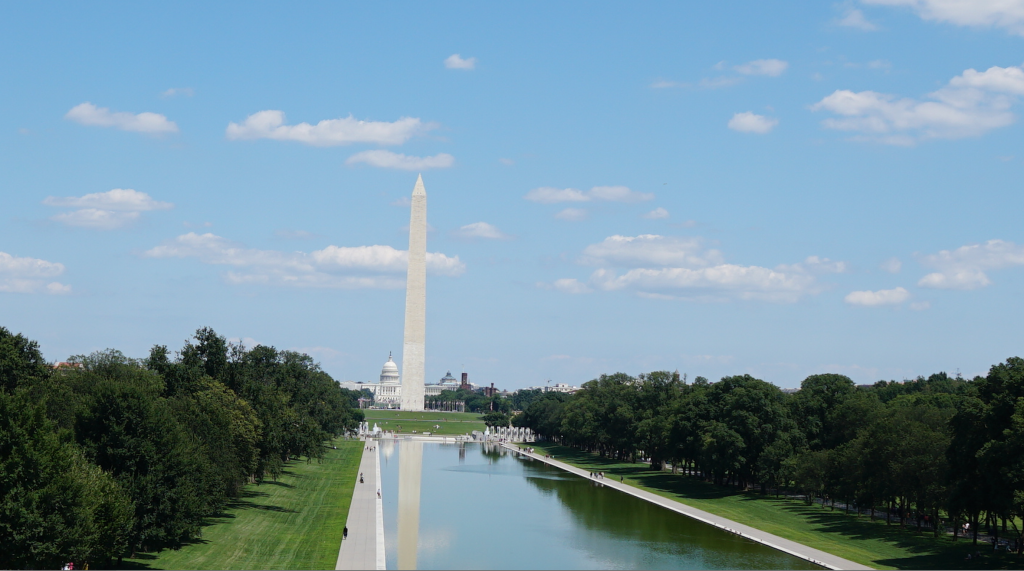 For the past few decades, Congress has failed to take responsibility for its bevy of problems, and its unshining example tends to corrupt all our other national institutions.

I strongly see the need for a full and open inquiry into Hillary’s illegal server, Clinton’s leaking of top secret documents, the pay-to-play Clinton Foundation, the entire ‘Fake news’ Russian collusion affair and James Comey’s ‘Fake FBI investigation’ with a predetermined outcome. I am not taking a partisan position here. However, I am guessing many people will reason: ‘The Republicans are bashing the Democrats over these inquiries; this guy Feierstein wants an inquiry, so he must be a Republican.’

I don’t blame people for making these assumptions. Our whole country has become infected with this kind of twisted logic. Our entire political debate has caught the virus. Yet, it makes no sense. No sense at all. Here are two facts and one conclusion.

Fact One: Hillary had an illegal server in the basement of her home that contained “Top-Secret Emails.”

Fact Two: Senators Grassley and Graham’s statement regarding FBI’s James Comey’s exoneration of Clinton read: “Conclusion first, fact-gathering second—that’s no way to run an investigation. The FBI should be held to a higher standard than that, especially in a matter of such great public interest and controversy.”

Conclusion: These allegations are serious enough to deserve an open investigation, period. Partisan bickering and political spin is simply a diversion from the action that American people deserve — and the truth that the American people require.

I say all this because I’m about to call attention to another government department: the Bureau of Labor Statistics. Now, I know that Democrats are currently bashing President Trump over everything he does. I know that Trump is bashing back. But, people, the issue at stake is the creation of jobs in America and the way those things are being recorded and reported. The issues I’m about to address were present under George W. Bush and Barack Obama. They haven’t changed under Donald Trump. The depression which struck this country in the wake of financial crisis 1.0 might have peaked under a Democrat, but it was born in a Republican era. If you yourself are so partisan that you want to make fine distinctions about these things, you should go ahead and make them. Me: I see two peas in a pod.

Good. Preamble over. Here’s the issue. The number of jobs created in America declined by 74,000 to 153,439 in August. A horrible number, far below expectations. The jobless rate rose to 4.4 and hourly earnings missed increasing only 2.5 percent year-over-year. Average hours worked also declined, seeing as weekly wages followed suit. Yet, central bank manipulated stocks are surging, on the terrible economic news, in anticipation of more global central bank easing. News and economic data are irrelevant in our “rigged” system as market participants eagerly line up like heroin addicts awaiting another federal reserve fix.

A non-sampling method: that’s geek-speak for ‘guess.’ We don’t know how many new jobs are being created or lost by business churn, so we’ve got to guess. And you want to know the BLS’s estimate for the number of such jobs ‘created’ (net of losses) in August? Answer: 103,000 — aka #FakeData.

So, in crude terms, the net jobs growth reported by the BLS is largely in positive territory because of some number that’s simply a guess. A smart guess, probably. One made by intelligent statisticians… but still.

In this economy? With Europe in turmoil, China slowing, the country heading for a fiscal cliff which could thrust us back into recession, plus massive uncertainty over the path of healthcare costs per employee? When Hurricane Harvey will cause gas prices to surge 30 percent and will have other massive ramifications on our economy?

The BLS has never been in this position before, because the economy hasn’t been. And after all, who in their right minds would be hiring new staff given these conditions? Most savvy business people will be watching, waiting… deferring spending and hiring.

The truth is employment in the U.S. might be growing or shrinking. We just plain don’t know. What we do know is that if you add together the unemployed, workers discouraged from seeking work, plus those working part-time when they’d prefer to be working full time… you have an ‘underemployment’ rate of at least 18 percent — while our labor force participation rates are kicking around forty-year-lows at 62.9.

These things are terrible economic news, but they’re terrible on a human scale too.

To repeat, I’m not making a partisan point here. I’m making a bigger one. The American economy is in deep trouble and headed towards — if not already — in a recession. The reported data we have is unreliable. What we do know is that we have too much debt, too much money-printing, a culture of total irresponsibility on Wall Street and consequently an absence of credibility in the financial and political promises that underpin our economy. All this, plus a political culture which is not addressing these things in a mature and responsible way.

This country’s in a mess. And partisan bickering will never pull us out of it. We all need to change our mindsets. I voted for change in the last election and I believe that today’s D.C. landscape is the most polarized in history. Are things better? Are we going to be offered any real choices? Will the swamp be drained? Will we ever get the answers we demand?

And where can I get a refund?