Buddy Can You Spare a Franc?

Better late than never, S&P has just downgraded France (to AA+) as well as slashing its ratings of Italy, Spain, Portugal, Austria, Cyprus, Slovenia, Malta and Slovakia. You may remember that Planet Ponzi called this right ages back. Indeed, because this blog hasn’t been going that long, we’d also like to point out that we were making the same statements in the draft manuscript we had back this time last year. 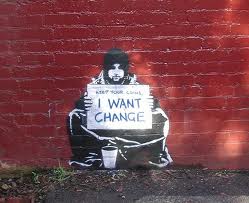 The French boosters want to argue that everything’s OK. Bloomberg quotes Finance Minister Francois Baroin as saying, ‘It’s not a catastrophe. It’s like a pupil who had 20 out of 20 for a very long time and now has a 19. It’s still an excellent grade.’

Thing is though, this is a terrible position for one of the world’s leading sovereign borrowers to be in. It’s true that recent bond auctions have proceeded better than expected, but there is still a huge volume of issuance required for this year. Meantime, the ECB can’t simply continue to load weak eurozone banks with loose credit in the hope they’ll buy government bonds – sooner or later, that house of cards will tumble.

What’s more, European banks need to raise capital in order to meet forthcoming capital benchmarks. I know of desperately few investors who think buying Eurozone bank equity sounds like a fun idea – which means the entire European banking system is marching towards a funding need that simply cannot be met.

And then there’s inflation. You can’t run a monetary system with the brakes off and 24/7 money printing the way the ECB has so far done, without consequences. When those consequences show up as rampaging inflation, the brakes will have to go back on, thereby abruptly decelerating a system which needs its momentum to endure.

Scary times, but good ones for the adventurous investor.