Best currency: Swiss Franc
Currently skyrocketing as a safe haven currency, while the eurozone starts to collapse around it.

Leesten, David, I will poke you wiz both my finger if you don't say Oui.

Politician of the Year: David Cameron
For saying no, nein, and mais non when it mattered. A politician with cojones.

Runner up: George Osborne.
For seeing a deficit and knowing what to do with it.

Best Compensated Boss: Jamie Dimon of JP Morgan
JPM shares fell almost 25%, but the guy still managed to get paid $47 million in compensation. Wonder what he’d have earned if he’d actually managed not to destroy billions of dollars in value?

Runner up: Lloyd Blankfein of Goldman Sachs
Blankfein pocketed only $21.7 Million in 2011  compensation, while GS shareholders lost 46.4%. But only $22 million, though? Jeepers. That’s gonna be a tough Hanukah week in the Blankfein household.

Market movements of the year: Visa and Mastercard (up 45% and 67% respectively).
And an honorary mention to Nancy Pelosi for her remarkable astuteness in calling the market right.

Philanthropist of the year: Private sector lenders to Greece
They voluntarily agreed to take a 50% haircut on their debt. Voluntarily, you know, as in no pressure. 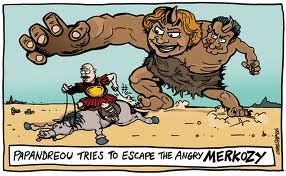 Democrat of the Year: George Papandreou
The Prime Minister of Greece felt that the Greek bailout package involved considerations so weighty and long-term, they required to be put in front of the people and properly evaluated, by means of a referendum or general election. Alas, however, Angela Merkozy decided democracy is only for strong countries, so the guy was booted out of office.

Democrats of the Year: Special Award
To the peoples of Egypt, Libya, Tunisia, Yemen, Bahrain, Syria, Iran, Russia – and every man, woman and child who had the courage and conviction to protest against injustice and tyranny.

And also: To the indignados of Spain, the protesters in Greece, the Occupy movement in New York and London – and to everyone else who witnessed a robbery and chose to call it that. 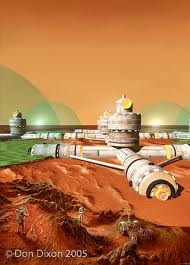 The Hollywood Diva Award for political posturing: The US Congress
For grandstanding, posturing and drama queening, you can’t beat the debt ceiling negotiations of summer 2011. The outcome of those negotiations: no meaningful deficit reduction plan at all. We should also add an honorable mention for Political Absentee of the Year: Barack Obama, honored for his total no-show on the topic of debt reduction.

Bubble of the Year: Undecided
Is it Groupon? Laughable business model, terrible results, ridiculous valuation. Or Facebook? A nice company, but valued at $100 billion? Say, what? Or should we take note of Apple? An amazing company, led by a genius, but which currently has perfection priced into its stock from now until the first human colony has been planted on Alpha Centauri.

Most stoical people: The Japanese
No contest here, just a shame about their politicians.

Special Award – The Goldman Sachs, US Senate and Gubernatorial Award for avoidance of accountability
The prize goes to – may we have the envelope please; a little drum roll would be good also – goes to MF Global and Jon Corzine. Not only do we have a spectacular financial collapse brought about by excessive risk and vastly excessive leverage, we also have the small matter of $1.2 billion in missing client money. Which is quite a lot of money. And guess how many bankers are in jail as a result …? Uh, huh. That’s zero as in zero. 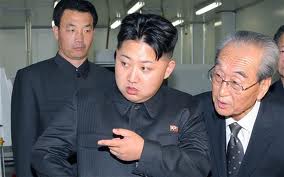 Can I eat those pies now?

And, damn, sure wish we didn’t have to say hi to: Kim Jong Un
This North Korean fat boy looks set to continue the awful path his country has been on for decades now. North Korea is and seems set to remain the worst governed country in the world.