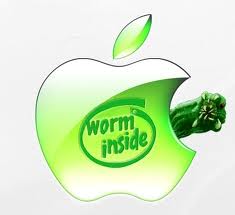 Apple Inc. is a phenomenon. One of the most remarkable companies in history. It makes products which I personally adore. It has revolutionized so many consumer markets, it’s hard to overstate the company’s effect on our lives. Steve Jobs once said he wanted to put a ding in the universe. And, in his unkindly shortened life, he did that and more.

So I’m an Apple-fan. An Appleholic. But I’m a professional fund manager and I don’t like losing money (which is probably why my investors like me). And despite all my admiration for everything appley, that admiration does not extend to its stock price at these levels.

First the facts. The company’s stock price is, at time of writing, slightly over $629. That gives the firm a market capitalization a shade under $600 billion. The company has just announced its first dividend payment (but is accumulating cash at an astonishing rate all the same). It has a cash pile of around $100 billion.

More important still, the firm trades at a seemingly modest multiple of profits. Thomson Reuters calculates that Apple trades on a forward price/earnings ratio of just 14.3. That means that the firm’s valuation is equal to just over 14 times the profits it is expected to earn in the year ending September of this year. That’s higher than the market more broadly, but then the market isn’t composed of companies growing as outrageously as Apple. It isn’t composed of companies as innovative, as financially solid, or as dominant in their niches.

And meantime, every time the company brings out a new set of financial results, they seem better than anyone ever thought possible. It’s the world’s biggest company and it’s growing like crazy.

No wonder then that there has been speculation about whether Apple could become the world’s first trillion-dollar company. And it could do. Clearly it could. You wouldn’t have to stretch that earnings multiple all that far to see a trillion dollar market cap. It could easily happen — some think it might even happen this year.

But that doesn’t mean you should buy into the story. In part there’s room for real doubt about the degree to which Apple’s results are appropriately conservative. But that’s not the main part of my concern.

Below, I’ve included two graphs. The first shows Apple’s recent price history — basically a steep ascent since 2009, then a parabolic spike this year. It’s the sort of graph which makes you wish you’d bought into the story sooner. (If you’d bought in December 1995, you’d have made 7778 percent.) And those are the sort of facts which might tempt you to think ‘better late than never’ as you plunge your family’s hard earned cash into the stock. The second graph tells the tale of another stunning company. A technology leader that dominated its market. That sat on top of one of the fastest growing consumer markets in history. That company was Nokia and the graph tells you everything you need to know: a stock price that started at two bucks and something, ran all the way to $40, then fell back and back and (after one further unsustainable boom) ended up at $5 and something. You don’t need much of that competition before Apple’s 44 percent gross margins become utterly unsustainable. You don’t, for that matter, need too much more negative publicity about slave-style labour at Apple’s supplier’s plants in China for production costs to start ramping up.

And these things are already starting to happen. I’ve seen a consumer review for the HTC One X which raved about it. I don’t know if that phone is better or worse than Apple’s more famous version (I’m guessing worse), but I do know that HTC will be using its price advantage to gain market share.

Apple’s enormous margins are one of the most impressive features about the company, but in a competitive marketplace they’re also acting like a huge flashing sign saying, ‘Please Mug Me Now.’ That’s not true of all big companies. Exxon drills for and ships a product of which there is a limited supply and for which there is a near-infinite demand. Much as its competitors would like to ramp up their production to eat Exxon’s lunch, it ain’t that easy. Apple makes a product where supply can be expanded indefinitely and where consumers will, in the end, prefer a nice gadget at a low price instead of a nicer gadget at a high one. That makes it vulnerable.

Me, I’m an Appleholic. I love their products and always will. The stock price though? For me, that’s a punt too far. If the market cap hits a trillion bucks, I’ll be shorting the stock like crazy. I don’t like bubbles — and this one’s looking frothy.

I published this in the Huffington Post and it may be found here.

2 Responses to: Apple: A Cautionary Tale