An America divided against itself: US debt is way past the ceiling

by Mitch Feierstein about 6 years 5 months ago

Barack Obama made a speech recently pledging his opposition to (yet another) game of chicken over America’s debt ceiling. “This is the United States of America,” he told his audience. “We’re not some banana republic. This is not a deadbeat nation. We don’t run out on our tab. We’re the world’s bedrock investment – the entire world looks to us to make sure the world economy is stable. We can’t just not pay our bills.” 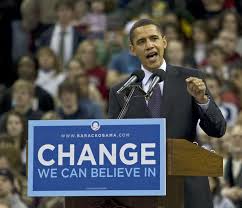 His tone was presidential – a matter of rising above the squabbling in Congress. And of course he’s right that the behaviour of congressional Republicans has been lamentable. Threatening to trash your own country’s credit rating for the sake of scoring partisan points? That’s not politics; that’s treason. He’s also right that the US treasury market still forms the very foundations of the globe’s financial markets, and right to imply investors still have confidence in Uncle Sam’s creditworthiness, as demonstrated by very low borrowing rates (albeit those rates are being manipulated on a heroic scale by the Federal Reserve which owns nearly a third of all US treasury bonds issued.)

But on the big point – “we don’t just run out on our tab” – the President is so wrong. The maths are simple. At $16.7 trillion (£10.3 trillion), US government debt exceeds 100 per cent of GDP. That kind of indebtedness already implies a country in financial trouble. Historically, advanced economies have only seen their indebtedness reach those levels during wars. During Vietnam, for example, US public debt consistently fell. During the Great Depression, debt never reached as much as 50 per cent of GDP.

However, official estimates don’t tell the full story. The figure that is generally quoted for US government debt refers only to financial debt outstanding, but there are many ways in which any entity, including governments, can accrue debt. A promise involving future expenditure is a financial liability that any business – compelled by law to file honest accounts – has to record. If we take only unfunded pension promises, accrued largely at state and local level, you have to add a trillion dollars or so (if you believe government figures) or $3 trillion if you believe independent estimates. So a debt of $16.7 trillion is really a debt of more like $20 trillion.

That’s not quite a Greek level of indebtedness, but it’s not far off; Spain is in much better shape. And unfortunately, the US owes far more than $20 trillion. The unfunded portion of the federal social security pension programme equates to – on official figures – around $20 trillion. And that gaping hole is as nothing when set against the roughly $43 trillion of unfunded Medicare obligations. (And again, these are the official statistics, which are hardly likely to overstate things.) In short, the financial obligations of the US Government already far exceed its capacity to pay. They far exceed, for that matter, the GDP of the planet.

The size of the hole is far too great to be filled by ordinary measures – tweaking tax rates, closing loopholes, trimming spending and the rest. Calculations presented by Chris Cox and Bill Archer in The Wall Street Journal last year suggested that if the federal government were to confiscate all the income of every current US taxpayer, plus all the income of every US corporation, that would still not be sufficient to cover that year’s increase in the Government’s accumulated liabilities. If you didn’t take that sentence in the first time, please read it again. And if you did take it in but frankly didn’t believe it, you should be aware that Messrs Cox and Archer served on ex-president Bill Clinton’s Bipartisan Commission on Entitlement and Tax Reform, quite possibly the most sober and serious attempt ever made to address these issues.

The simple truth is that the financial mathematics can only be resolved in one way: via a massive destruction of value. That value can be destroyed by breaking promises to the old and the sick, by savage inflation, by outright financial default, or by a combination of all three. (My bet: it’ll be all three.)

The truth is that no banana republics are able to destroy value on this scale, because they’ve never been trusted enough to create it in the first place. The US Government, exploiting its position of trust in relation to its bondholders and its citizens, will be able to do what no Zimbabwe ever could.

The President spoke mostly as if being a banana republic was simply a matter of not paying bills, but it’s about much more than that. It’s about a lack of democracy, the presence of a kleptocratic elite, an economy hooked on rent extraction instead of productive investment and growth of savings. And the US ticks all these boxes too.

Democracy? The re-election rate to the US House of Representatives has exceeded 80 per cent in every year since 1964 and has often nudged close to 100 per cent. That’s not asking voters for their opinion; it’s getting them to rubber-stamp the business-as-usual approach to politics.

Kleptocracy? A whole book could be written here. The insurance giant AIG collapses and is bailed out … benefiting Goldman Sachs to the tune of billions – while an ex-Goldman guy is running the US Treasury. Or the Fed employs Pimco, a huge investor in bonds, to co-manage (with Goldman and the private equity firm BlackRock) its acquisition of trillions in mortgage-backed securities in a portfolio the Fed refuses to publicly disclose – so helping to deliver huge profits to Pimco’s own bond holdings. 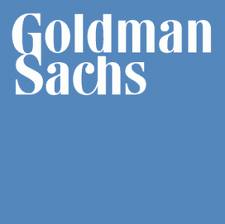 Examples like these could be multiplied almost indefinitely. The simple fact is that the US is bankrupt. It has politicians who have refused for decades now to address the problem. Its politics have been so infiltrated by Wall Street that the White House, Treasury and Fed have been duped into believing the interests of Wall Street are the interests of the country. And in the meantime, instead of addressing these issues in a responsible manner, the media prefers to focus on another round of ridiculous grandstanding over the debt ceiling. A waste of time. After all, what’s the point of a ceiling when the sky is the limit?

3 Responses to: An America divided against itself: US debt is way past the ceiling