A Song for the Holidays: On The First Day of Christmas, What Greedy Bankers and Politicians Gave To Me 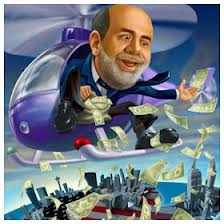 My printing presses are operating 24/7!

On the first day of Christmas, my country gave to me

A debt bigger than GDP

Yep, that’s right. US Public debt stands at more than 100% of GDP. The last time debt was this high, we were fighting a World War across two continents and building a peaceful prosperous world, whose basic shape would endure for generations. That was money worth spending. On this occasion, however, we’ve run up the debt, in order to protect Wall Street bankers – yet the sebanks are still crammed full of unsustainable assets. It won’t be long before the Fed further loads its balance sheet with worthless toxic assets … thereby transferring liabilities from the reckless bankers to US citizens. Maybe not quite such a good buy, huh?

On the second day of Christmas, my country gave to me

Debt for the poorest

According to Nobel Prize-winning economist, Joseph Stiglitz, the share of American GDP going to wages and salaries has falled to about 43% since 1970. At the same time, the slice going to companies in after-tax profits has doubled since just 2005. How have the US middle classes even vaguely been able to sustain their living standards? Answer: by taking on unpayable debt that chokes the financial system and throttles economic growth. It’s an appalling situation and it’s not set to change.

On the third day of Christmas, my country gave to me 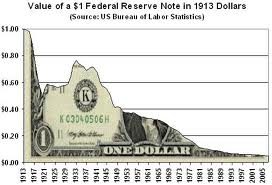 Ben Bernanke, Chairman of the Federal Reserve, is not an elected official. Prior to taking his current job, he was a classic ivory tower economist: a guy who couldn’t do any harm because no one was dumb enough to give him any power. Then he took control of the Fed: an organisation whose structure and oversight has barely been altered since 1913 when it was created, under vastly different conditions. Back then, GDP was just $40 billion. By contrast, in 2011, the interest on US debt was $454 billion despite interest rates at 200-year lows. Since taking charge of the Fed, Bernanke has printed trillions of dollars – a plan that trashes the value of the dollar in your pocket, and a plan with no plausible exit strategy. The plain fact is that pumping money into the economy does nothing to boost real growth or real output – it just inflates bubbles in property and stock, as has been shown repeatedly for thirty years and more now. If you’re not convinced, just check the graph.

On the fourth day of Christmas, my country gave to me

Good quality healthcare is, in my view, a human right and Obamacare, for all its faults, brings that right a little closer to millions of Americans. But the United States, under every administration and every Congress, has completely lost control of health costs. We currently pay about $8,000 per head in health costs. (That figure includes household, corporate and government spending.) Our major competitors spend between $2,900 per head (Japan) and $4,500 (Canada). And they have better healthcare. To find OECD countries with worse performance on ‘years of life lost’, you have to travel south to Mexico or east to Hungary. All other countries in the OECD fare better.

On the fifth day of Christmas, my country gave to me 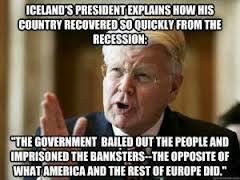 Iceland is no banana republic

We pay politicians to solve problems, right? We just had an election at which alternative views were put to the people, for their decisions on the way forward. And this country of ours has some fair-sized problems. So what happens? We have the ultimate This-Needs-A-Decision-Now situation in the fiscal cliff, and both sides cleave to their existing rigid positions until (wait for it) they come up with some dumb and unsustainable last minute compromise. That’s not what they’re paid to do. These same politicians think that raising the debt limit will stimulate the economy. Wrong! At a global level, the growth in credit instruments has outpaced growth in the real economy by a factor of around four times. That’s not healthy for the world, and it’s not healthy for the debt-dependent United States. I predict that the US will enter a recession in 2013.

On the sixth day of Christmas, my country gave to me

You could have a whole 12 days song just for Wall Street corruption and its toothless regulators, so endemic is the problem. But let’s narrow the microscope, so we’re only looking at SEC enforcement 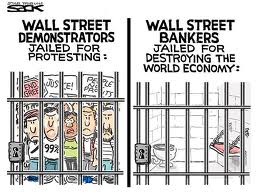 On the seventh day of Christmas, my country gave to me 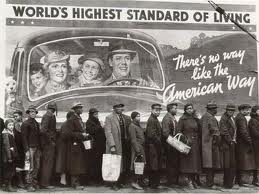 This time its worse..

One of the big talking points ahead of the election was whether the jobless rate would come to Obama’s rescue. And sure, the rate has nudged down to below 8.0%, from closer to 10.0% three years ago. But that’s not the most striking piece of economic data to come out of the Bureau of Labor Statistics. The most striking – and saddening – data is that we now have, by far, the lowest civilian labor force participation rate for thirty years. Workers are leaving the labor force because the jobs aren’t there. It’s a waste of a generation. Meantime, we should use a new unemployment metric that reflects the true US jobless rate rather than a politically sanitized version. A little honestry, transparency and accountability can go a long way.

On the eighth day of Christmas, my country gave to me

In 2010, General Electric paid no corporation tax. None. Not even one miserable dollar. In the five years to 2010, GE accumulated $26 billion in US profits and do you want to guess how much of that was passed to the IRS? You’re guessing zero, right? Unfortunately, you’re wrong. The answer’s worse than that: they accumulated a net benefit of $4.1 billion. Oh, and though the firm is America’s biggest corporate lobbyist, the truth is that countless big firms are playing the same game – and the data shows that the more you lobby, the better your shareholders fare. I’m guessing that’s not quite the way the Founding Fathers intended things to work.

On the ninth day of Christmas, my country gave to me

Just in case anyone needed proof that Wall Street has absolutely no ethics at all, the Facebook IPO popped up to remind us. Extravagant valuations on launch led to an intra-day high of $45.00, before reality set in and the stock plunged to a way more realistic $17.55. The winners: company insiders and Wall Street. The losers: the retail investors who believed the hype. (Oh, and since we’re talking about hype, then Apple at its current $500 a share is way more reasonable than it was at closer to $700. It’s a wonderful firm, but it’s in a commodity business where the competition, finally, is catching up.) On Facebook, meantime Morgan Stanley has just been fined $1.5 million for an operation whose profits were well in excess of that sum. Again: why change a business model if the fines are mere pinpricks?

On the tenth day of Christmas, my country gave to me

The power to hope 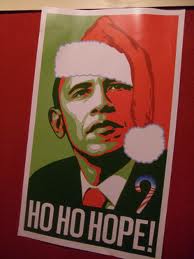 This is America. However bad things get, we can still believe in the possibility of improvement. We can believe that our leaders will find the ability to be responsible, to think about the good of the country before the good of their parties. We can believe that the media and regulators can find their teeth. Can demand transparency and enforce accountability. Above all, we can believe in the power of the American people to demand change. To slash debt, return to honest money, to speak truth in politics. And perhaps, who knows, we can return to the old ways of making money: by making stuff and selling it instead of through ever more opaque financial dealings based upon fictional future value, a mountain of debt, and way over-leveraged derivative products.

A merry Christmas to you all.

4 Responses to: A Song for the Holidays: On The First Day of Christmas, What Greedy Bankers and Politicians Gave To Me